Bring Down Your Stress Level This Holiday Season 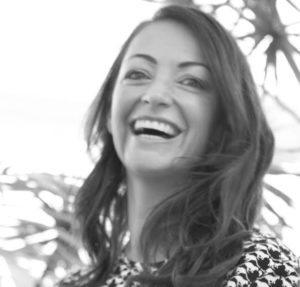 Kirsty Bortoft wants you to relax. The UK-based mindset coach and meditation teacher has guided clients across the world to deal with their stress—a natural and normal phenomenon—head on. “Stress is not the problem,” she emphasizes. “All organisms deal with stress. The problem comes when the stress hormone cortisol doesn’t switch off, and floods into your experiences.” As Bortfort maintains, the danger presents itself when the cortisol in the body remains present and switches off the body’s immune system. “Your body takes all the energy it needs and pushes all the blood down to your legs so you can run for your life.” However, when the cortisol imbalance is present for more than a short period of time, symptoms develop: sleep loss, heart palpitations and a racing and overwhelmed mind.

“Sometimes people come to me with severe anxiety issues manifested in tension headaches or tension in their shoulders. I ask if they’re stressed and they say ‘no.’ Most people don’t see that the buildup of things in their lives is starting to cause stress on their mind and body,” she says.

Human beings are the only species, she says, that are able to trigger the stress hormone by thoughts alone. “We know if we get in a car crash, that’s a stressful thing. But if you’re thinking about getting in a car crash—your mind doesn’t know the difference. The subconscious mind doesn’t have reference to what’s really happening and the stress hormones are being triggered in the same way,” says Bortoft. “You can be sitting in your front room watching TV, but your mind is in a boardroom meeting tomorrow—worrying.”

Once the body is flooded with cortisol, a person feels under threat. “It doesn’t matter whether the experience is small or big—it’s as though you’re about to be eaten by a tiger, meanwhile you’re stressing about a meeting.”

LIFESTYLES HAVE CHANGED, REACTIONS HAVE NOT

Bortoft reflects on the consistent nature of the human mind since the early human era. “Our lifestyle has changed completely, but [not] the mechanisms of the mind.” She also reminds readers that stress, coming from the most basic fight-or-flight reflex, is not our mind hindering us, but helping. “That’s why it’s so scary when you have a panic attack. Your mind is doing its job and trying to look out for you.”

It has been a stressful year for many—and the upcoming holidays may add to the anxieties. In a WO Voices podcast, Bortoft advises an original plan of several steps to combat the stress. “Uncertainty is a huge trigger of the mind, but there are things you can do.”

“The first step actually underpins the whole process. Awareness precedes all change. If you’re not aware of behaviors or the way you’re reacting to things, how can you change them? Unless you see what you’re doing it’s impossible to make a different choice,” she says.

In the second step, Bortoft encourages clients to connect the physical body with the mind. “Take three deep breaths and get some oxygen to the brain,” she begins. “Then ask yourself, ‘In the last five minutes, what have I been stressing about? What have I been focusing on?’” There is something there that has consumed you and triggered the stress hormone, she says.

The third step is to take personal responsibility, she says. “Clearly, what you’ve been doing hasn’t been working…we’ve got to do something different.” She relates Einstein’s definition of insanity: repeating the same behavior and expecting a different result.

PUSHING STRESS AWAY DOES NOT WORK

Step four has taken Bortoft a decade to cultivate, but she finds the simplicity and effectiveness of the method to tackle one of the major fundamental issues faced by humans. “One of the big issues [is that] people tend to try and naturally push feelings away. That’s a hardwiring of a human being,” she says. “We have been hardwired to move from pain to pleasure at whatever cost. The problem is that it causes resistance, and resistance is the equivalent to throwing gasoline onto a fire.” This is where Bortoft’s signature technique comes in: the feel, deal and dump.

HOW THE PROCESS WORKS

The first element again is awareness. “What have I been worried or stressed about?” ( I’m worried about COVID affecting my family, for example.) Write that down as the title. She encourages people to lean away from resistance and into the uncomfortable reality of the feelings. “We’re going to let the pen flow and write exactly how it makes us feel,” says Bortoft. (It makes me feel afraid.) “It then allows the body to turn off the cortisol. We’ve allowed ourselves to feel it.”

Third, set the piece of paper on fire and—quite literally—let it go. The fourth step, where Bortoft encourages extra care, is being aware of where our attention goes next. “It’s important that we’re vigilant,” she says. “In my experience, the best thing to replace stress with is gratitude.”

Of course, everybody and mind comes to the table with a different history. Bortoft encourages participants to not be discouraged if they don’t have a breakthrough on their first round. “Sometimes people do it once and have an experience straightaway,” she says. “The ego likes to revert us into old ways of behaving—it doesn’t mean you’re broken.” In fact, Bortoft maintains, it means your mind is working.” She urges those interested in the process to not give up. “All you have to do is keep doing the process,” she says. “It’s amazing to see people’s lives change.”

Listen to the podcast.

Bortoft is the author of Break Free From Pain. She can also be booked for private coaching sessions through her website. 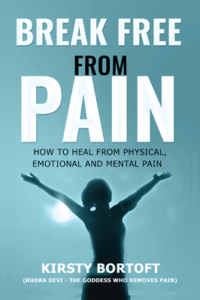 By Natalie Hayes Schmook, MBA, CFP, CVA Needs should consume no more than 50 percent of your pre-tax profits, which in this case is $150,000...
Read more
1 Minute Tips

By Nadia Virani, OD I am currently in Mexico City welcoming in the spring air with a spectacular glass of Casa Madero Tempranillo wine. Tempranillo wine,...
Read more
1 Minute Tips

The 50/30/20 Approach for Personal Budgeting

By Natalie Hayes Schmook, MBA, CFP, CVA A regular question I see from ODs (especially recent grads) is, what is a normal budgeting breakout for...
Read more
- Advertisment -

Taking the Frame Show Out of the Office

How to Manage Difficult Patients