Home EDGEPro From a Significant Drop to Near-even Performance
EDGEPro

From a Significant Drop to Near-even Performance 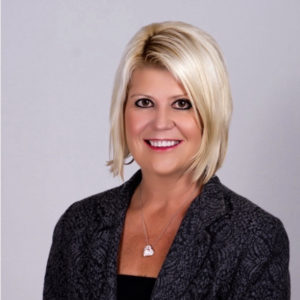 When the COVID-19 pandemic hit, Lorie Lippiatt, OD, of Salem, Ohio, never shut down her practice completely, but she reduced the hours and transitioned temporarily to emergency care only in mid-March. In early May, the practice reopened for full days once more, but with a reduced patient schedule. She and the staff implemented now-standard cleaning procedures and social-distancing regulations, playing it very safe even as they ramped up to a more traditional schedule.

Dr. Lippiatt calls herself a numbers person. She tracks key metric with the help of her EDGEPro dashboard. At the low point, just before starting to reopen in May, Dr. Lippiatt saw that the business was now 26 percent behind where it had been the previous year at the same time. Dr. Lippiatt and her office manager sat down and analyzed each month beginning with June. They scoured the net revenues for each month and assessed where the opportunities presented themselves for the future.

PLANNING TO CLOSE THE GAP

COVID-19 had already disrupted so much, and Dr. Lippiatt realized that trend wasn’t ending. In a normal year, June would be a slower month with schools out and people going on vacation. “My recommendation for making up lost revenue was that none of us would go on vacation at this time. There is no end of school travel, so let’s go back and first contact patients who missed exams in March, April and May to maximize June,” she says.

She increased her own schedule, from her typical three days per week of patient care to now five days. That commitment allowed staff to schedule more patients. “We made a big jump in June,” she says. “We monitored daily with EDGEPro.” What she liked about EDGEPro was the ability to see the current month as well as the previous year month to month, as well.

“Each day, we could see where we were closing the gap,” she says. “In the beginning, total revenue numbers were up, especially with optical revenue. We run with a 50 percent optical and 50 percent clinical revenue typically, but I started to see an interesting trend in June and July: the optical increase was greater than the clinic’s. There was a pent-up demand from being shut down,” she says, from patients needing to replace their eyeglasses and contact lenses.

What Dr. Lippiatt has seen in the year to date is a slightly different trend. While the practice is behind the year-to-date patient visit encounters, average spending per exam has seen an increase. “It’s more than 20 percent higher than this period last year,” she says.

So how are these numbers so different? “We did eliminate one insurance plan that wasn’t profitable,” she says. While the decision, initially made in January 2020, was a bit stressful, she found that when she slowed her schedule and spent more time with each patient, profitability increased. “More quality time as well as more one-on-one time in the exam and the optical increased uptake of products and services,” she says.

By late September, she had seen a 36 percent increase in optical revenue per exam. She attributes both the personal attention and the patients’ desires in this unusual cultural moment of the pandemic as factors.  Patients still have a desire to express themselves. “People want to look good above the mask,” she says, so they were opting for great eyewear and sometimes multiple pairs.

“This reset my thinking,” says Dr. Lippiatt. “The numbers don’t lie. I looked at the change we were forced to make, which resulted in a net profit. I never would have tried this scheduling change on my own.” It’s necessary time, she says. “We have made a concerted effort in educating patients in eye health, hand washing and safe contact lens modality.” But it’s also been surprisingly good for business.

In the year-to-date numbers for frame sales, the practice is up 7.8 percent over this time in 2019 in total frames sold.

“Being in a medical environment, we’re fortunate that patients have an expectation that it’s safe,” she says. “We over-conveyed that point through social media, emails and reinforcing that upon their arrival. Once they feel like they’re in a safe environment, they’re receptive to receiving the best care.” Of course, there have been some changes to Dr. Lippiatt’s language when making recommendations to patients about their daily needs. “When you’re working from home with lots of computer time, you’re exposed to more blue light and experience more fatigue. Even in an office environment, people get up from their desks. Now everyone is sitting for more focused, longer periods.”

In this period of recovery, EDGEPro has been critical. “We monitor everything every day—the first thing we do is go over EDGEPro analytics. We need to understand where we’re at so we can adapt and make changes,” she says. With the use of the new technologies, the practice has seen positive modifications in scheduling, streamlined expenses and seen a higher profitability, which help offset the lower patient volume.

The lower patient daily intake will stay in place for now, as COVID-19 remains a factor and flu season quickly approaches. “We’re going to keep things as they are [for] slow gains. Our goal is to end zero to five percent down for the year… we feel that’s within reach.”

By Kimberly K. Friedman, OD, FAAO Your staff can do great things for your patients and practice with the right guidance. It becomes easier to...
Read more
EDGEPro

Reopening Norwalk Eye Care in Norwalk, Connecticut, to routine and comprehensive care after COVID-19 is going to force a resetting of the key performance indicators.
Read more
EDGEPro