Based on the responses to the 27th wave of the Jobson Coronavirus ECP Survey, most practitioners expect to finish 2021 in a much better position than 2020. In the early months of 2020,  key metrics such as profitability per patient, the number of patients per day and revenue were also significantly higher than they were the year before. By August, those curves started to flatten a bit, but many respondents said their growth remained in double-digit percentages. Even so, in nearly all of these measures, most respondents said that their profitability, patient volume and revenue remain down compared to the same periods in 2019. 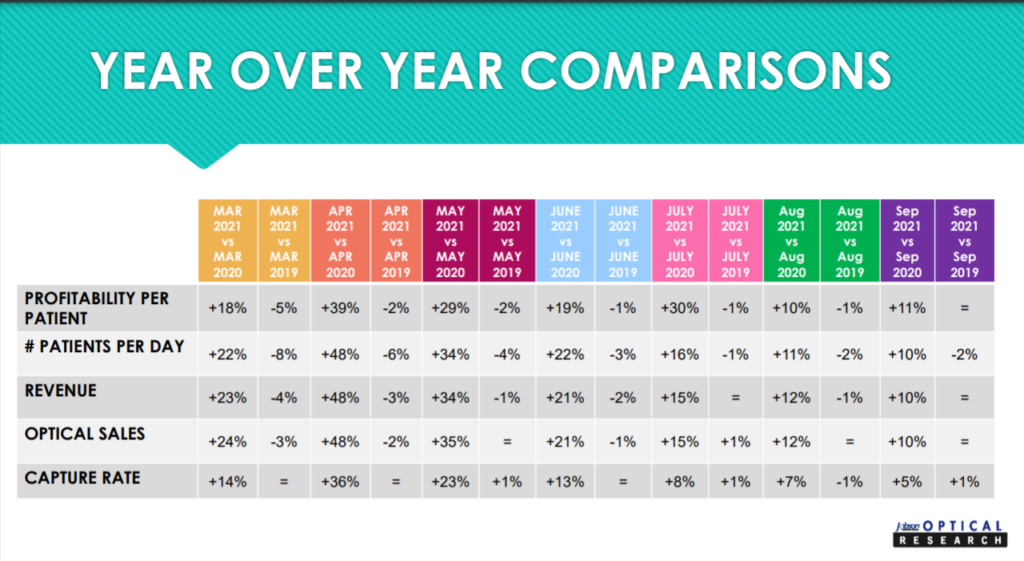 In an indication that COVID-19 has affected many practices, 57 percent of respondents — the highest number yet — said that someone who works in their location has gotten COVID-19. In addition, the percentage of respondents who noted that someone in the practice has gotten a breakthrough case,  where a vaccinated person has tested positive, increased to 19 percent in September, compared to 14 percent the month before. Two thirds of the respondents said that between 75 percent and 100 percent of the staff in their locations are vaccinated.

While patient volume was on average just two percent lower in September 2021 compared to September 2019, nearly two-thirds of respondents said that they expect their patient volume will stay roughly the same over the next 30 days. Aanother 27 percent said that they expect increases in patient volume. Overall, 62 percent of respondents said that they believed their practice has the capacity to serve more patients than they are currently seeing. On average, they estimate that they could see 25 patients more patients than they are currently. That number is the lowest measure of excess capacity since this question was first introduced in November 2020. The primary reason why practices that have excess capacity that they cannot take advantage of, respondents say, is because of lack of staff.

More than half of the respondents said that they will not or are unlikely to attend a live, in-person industry event in the next month. Those numbers have not shifted too dramatically in the three months this question has been asked. 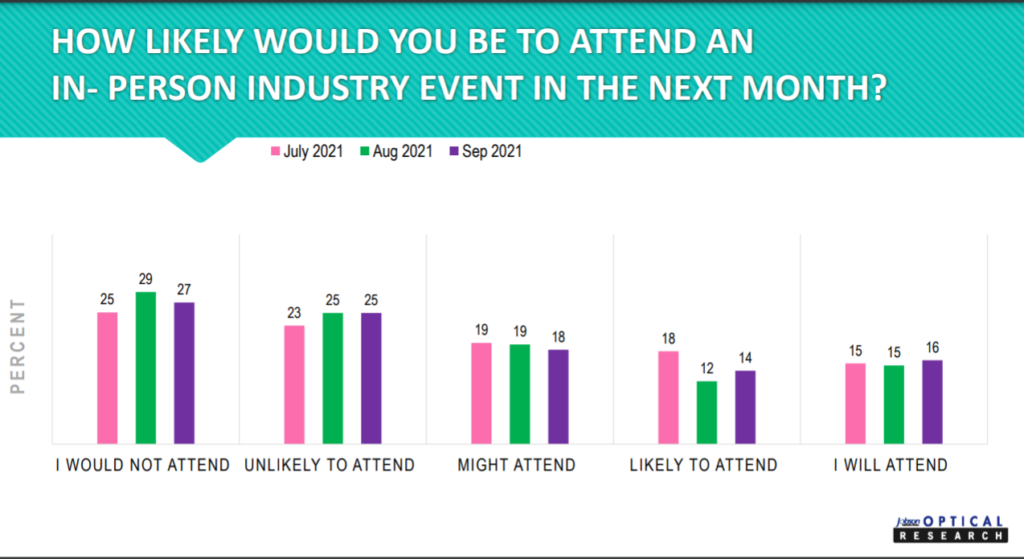 However, there is a slight uptick in the percentage of respondents who said that the idea of live meetings is becoming more attractive. If participants showed proof of vaccination or proof of a negative COVID test within the past 48 hours, 43 percent of respondents said those factors could make them feel very likely or likely to attend. A month earlier, 38 percent agreed those factors could play a role in their decision. 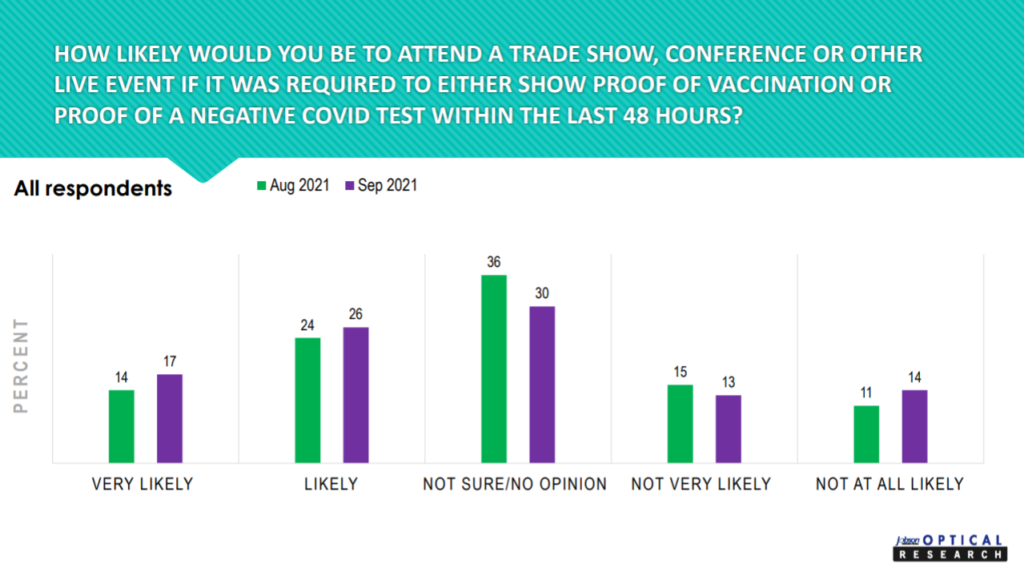 The report can be read in its entirety here.

Estimates say 58 percent of U.S. residents are expected to have myopia by 2050, so there is an urgency to increase education and recognition...
Read more
- Advertisment -

Shop now on Etsy and Amazon. Follow on Instagram. Go back to the Women In Optometry 2021 Gift Guide.
Read more

The New England College of Optometry (NECO) announced plans to develop a distance education doctor of optometry program in partnership with Noodle, the country’s...
Read more

Estimates say 58 percent of U.S. residents are expected to have myopia by 2050, so there is an urgency to increase education and recognition...
Read more
Load more