In a recent Pop-up Poll conducted by Women In Optometry and Vision Monday, 86 percent of respondents said that staffing is more difficult now than it was prior to COVID-19. Just more than 11 percent said the challenge of finding great staff is about the same, and 2 percent said it has become easier.

The demand for staff is being felt by most respondents, with only 9 percent reporting that they currently have no job openings in their businesses. The plurality, 43 percent, said that they have two-to-three positions open for full-time employees right now. Another 34 percent said they have one full-time slot open, and 6 percent each said that they are currently looking to fill four-to-five full-time positions and more than six positions.

Positions are available across the board, with the largest demand for opticians, reception staff and ophthalmic techs, followed by ODs.

By far, the top choice for recruiting by most people was a general job-posting site, like Indeed, Monster or Zip Recruiter, with 84 percent of respondents saying this was a top choice. Respondents could select more than one option. The next most popular choice for recruiting is asking current employees for recommendations (46 percent). Social media sites like Facebook (23 percent) and LinkedIn (18 percent) were also popular.

Hiring managers and business owners also noted that they have been successful by identifying candidates themselves, with 21 percent saying that they look for good customer service skills among employees in the community and encourage that these people apply. Sixteen percent said they’ll ask vendor representatives for recommendations.

Only 11 percent of these respondents said they turn to eye care recruiting services or specific eye care job boards, and even fewer take out newspaper ads or ask patients for recommendations. 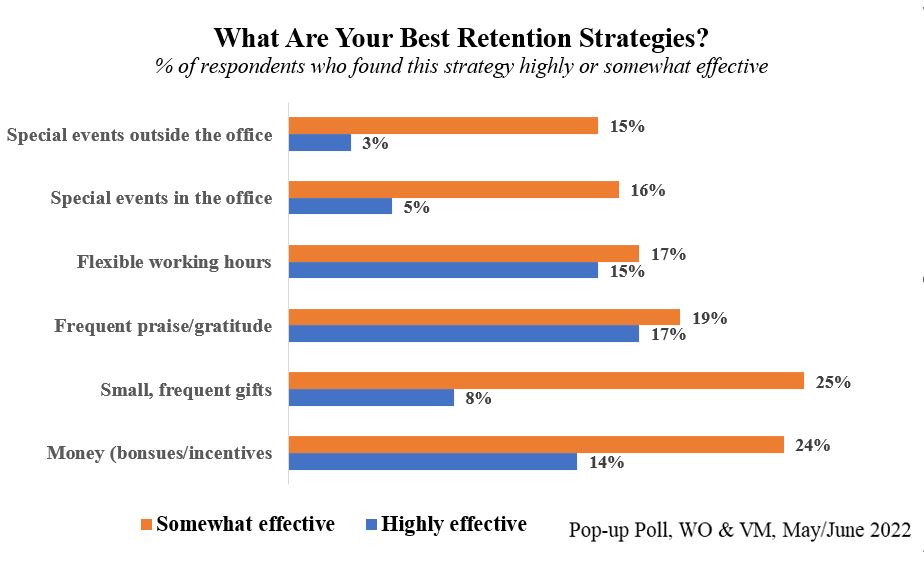 Several respondents wrote in responses sharing their strategies and/or their frustrations.

“We try to make it a fun place to work. We laugh a lot and treat each other with respect. We try to accommodate requests and encourage vacations. We love what we do, but we don’t live to work.”

“It’s laborious searching for the right ODs but exhilarating when you find the right match.”

“The new generation of employees is very needy.”

New parallel arm study results have implications for productivity and learning As has been demonstrated by many studies, contoured prism has historically shown efficacy in...
Read more

On August 11, the California State Senate Appropriations Committee will vote on whether to move out of its suspense committee a bill, AB 2236,...
Read more

Sign up at no cost to this new eye care-specific employment opportunities app When Mark Miller ran Glasses Galore with up to five locations for...
Read more

During optometry school, Charlotte Love, OD, traveled with her classmates to different locations to help them determine where they wanted to practice after graduation....
Read more
Load more

Dear Me: Advice ODs Would Give to Their Younger Selves