Big Change Is a Small Choice

Just by adding dark adaptation testing to practice, doctor can do more for patients at risk of developing AMD 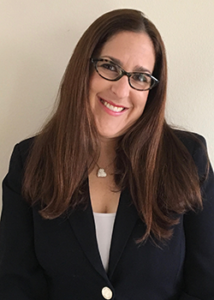 Adapting to change sometimes appears difficult but in the long run may prove to be the exact opposite. This is certainly the case with dark adaptation testing in practice.

I didn’t learn much about dark adaptometry in school because, until very recently, these highly scientific lab-based units hadn’t been commercialized for use in real-life clinical practice. But in 2014, this changed and the momentum that it has created in terms of the possibilities for detection and management of age-related macular degeneration (AMD) in an optometric setting is staggering.

IT’S BROKEN, SO LET’S FIX IT

I’m a professor of optometry at Nova Southeastern University and have been practicing optometry for more than 20 years. However, my first exposure to modern dark adaptometry was in a webinar sponsored by MacuLogix. I quickly recognized the value dark adaptometry could have in practice, so I reached out to the company’s professional relations team to find out how quickly I could bring the AdaptDx to the university. As a researcher, I specifically wanted to study how dark adaptation affects different ethnicities here in the melting pot of South Florida. Once I truly understood that impaired dark adaptation is the first clinical biomarker for AMD and precedes the visible presentation of drusen by several years, the importance of applying it in the clinical setting was even more broadly evident.

Personally, I went from zero to 60 pretty quickly, but I do recognize that there are doctors who remain on the fence. In fact, a colleague of mine recently questioned me, saying “I’ve been taking excellent care of my patients for 30 years without this new technology; why incorporate it now?” My response to the question was straightforward: “If we are doing so well with AMD, then why are so many people continuing to go blind?”

We need to consider that our approach has been wrong. Now we are capable of so much more. By detecting AMD before clinical signs are evident on examination and managing early- and intermediate-stage disease with the same close attention that retina specialists focus on late-stage disease, we potentially can make a significant difference in patients’ lives. Knowing this, I’d say it’s not OK to keep doing things the same way we’ve always done them because we can plainly see that it’s not working very well. To me, this makes the AdaptDx an essential piece of equipment by almost any standard.

Without dark adaptation testing, it’s extremely difficult to diagnose AMD at an early stage because patients come in without the traditional symptoms associated with intermediate- to advanced-stage disease such as blurred or distorted vision. Thanks to the decades of research into the relationship between impaired dark adaptation and AMD, we now know there is an earlier symptom that is easily identified: trouble seeing at night.

We often hear our patients complain about night vision difficulties, but we may be too quick to attribute such a complaint to aging, cataracts, refractive issues, dry eye or finicky personalities. While their clinical examinations are essentially unremarkable, there can be changes happening below the surface that we are missing without a functional test to help us identify them. It could be nothing. We hope it’s nothing. Fortunately, the AdaptDx can help us determine whether or not it’s AMD via the Rod Intercept (RI) value, which corresponds with a patient’s ability to dark adapt. In practices across the country, optometrists using an AdaptDx are finding that patients who report night vision challenges actually have AMD and weren’t aware that they had it before having a dark adaptation test. These patients have options and there are things we can do to help them when we catch AMD early enough.

Since 2014, the biggest obstacles to incorporating dark adaptation were space and manpower. Today, neither of those are an issue. The new AdaptDx Pro offers both the rapid and extended testing protocols in a self-contained wearable headset featuring an on-board, artificial intelligence-driven technician named Theia, which guides patients through the entire test. It’s a comfortable experience for patients, and the technician can multitask while the testing is taking place. No dark room is needed. You can carry it from room to room. In fact, some doctors are so passionate about the AdaptDx Pro that they have multiple headsets in their offices and use them all day long. Along those same lines, it’s important to note that the AdaptDx Pro’s medical grade hardware withstands all necessary disinfection, and the hygienic barrier that makes contact with the patient’s face is designed for single use, offering a greater level of patient confidence in this new era of point-of-care testing.

As a clinician, I constantly strive to do what’s best for my patients. I do this by providing the best clinical care possible, which includes adopting and utilizing technology that may positively alter the course of their disease. But equally gratifying is the impact that I can have as an educator in making sure that tomorrow’s ODs will graduate with a clear understanding of how this technology transforms the way we have historically cared for our AMD patients. It will never be the same as it was when I graduated. This one small but mighty piece of technology has changed optometry for the better.

The McGee Group announced the release of its May lineup of eyewear, featuring Badgley Mischka, Trina Turk and Jenny Lynn Eyewear. These well-known lifestyle...
Read more

Many ODs responded to the WO Pop-up Poll on student loan debt. You can read the poll results here. Here are some of the individual...
Read more

Debt Is a Drain on Dreams for Some ODs

Ninety-six percent of respondents to a WO Pop-up Poll said that they graduated optometry school – or expect to – with student loan debt....
Read more

Ability to Quantify AMD Changes Is a Game-changer

How a Passion for Nutrition Helped Build a Thriving Medical Practice