Sharon Henderson spent 13 years at The McGee Group as a customer service manager, working firsthand with customers as Vera Bradley Eyewear was introduced to the market. Since the launch of that eyewear line, The McGee Group has donated a portion of its proceeds to support the research mission of the Vera Bradley Foundation. As part of this philanthropic effort, every October The McGee Group releases a limited edition collection of frames to raise money for the Vera Bradley Foundation and names frames in the collection to honor breast cancer survivors. About 15 years ago, Henderson’s sister, Donna Sue, was honored with having a frame named after her.

What Henderson didn’t expect was that one day she’d be facing her own battle with breast cancer. “I went for a regular mammogram in January of 2020,” she says. “A week later, they said they needed me to come back in, and another mammogram confirmed a spot.” 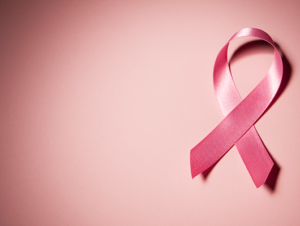 After doctors ordered a biopsy, she received the news no one wants to hear she had a triple-negative, grade one breast cancer. She and her health care team immediately went to work fighting the notoriously aggressive triple-negative cancer. She had a lumpectomy to remove the tumor, followed up by four rounds of chemotherapy and then 20 rounds of radiation.

Her round of radiation was in September of 2020. “I’m feeling great,” she says. “I try to stay busy.” She spends her days working in her garden and exercising. 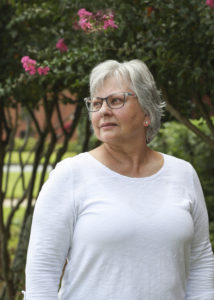 When it came time for Henderson to pick her frame namesake, she worked with the Vice President of Product Design Amy Moore on the design.

Of the design process, Moore says, “After working with Sharon for several years, I intimately learned her taste in eyewear. This opportunity to design and work closely with Sharon on a Vera Bradley Foundation sunglass honoring her meant a great deal to us both. We are thrilled with the outcome and hope many others wear this frame with much HOPE!”

Once a few final prototypes were made, together they quickly made a decision on a pair of sunglasses.

“Pink is my color, and I love the design of the frame,” she says. “These are my sunglasses of choice now. I knew it when I saw it.” Henderson has long been an admirer of the Vera Bradley brand, making her familiar with its high quality and refined style through her work at The McGee Group. Customer service representatives have a frame board nearby so that they can pull a frame off the board and answer customers’ questions. She notes it’s a wonderful combination to have a frame line that not only looks great but also supports a good cause.

TAKE CARE OF YOURSELF

Henderson’s reminder for Breast Cancer Awareness month is simple: remember your mammograms. “I’ve always been adamant about getting mine yearly. I’m so thankful for the 3D imaging technology. We’re not sure that a regular mammogram would have caught it,” she says.

Learn more about the research being conducted at the Vera Bradley Foundation Center for Breast Cancer Research at Indiana University.

The McGee Group announced the release of its May lineup of eyewear, featuring Badgley Mischka, Trina Turk and Jenny Lynn Eyewear. These well-known lifestyle...
Read more
The McGee Group

Popular, Fashionable Brands Lead the Way in Newest Round of Releases from The McGee Group

The McGee Group announced the release of a new lineup of eyewear from several respected and trusted brands, including Vera Bradley, Life is Good,...
Read more
- Advertisment -

The McGee Group announced the release of its May lineup of eyewear, featuring Badgley Mischka, Trina Turk and Jenny Lynn Eyewear. These well-known lifestyle...
Read more

Many ODs responded to the WO Pop-up Poll on student loan debt. You can read the poll results here. Here are some of the individual...
Read more

Debt Is a Drain on Dreams for Some ODs

Ninety-six percent of respondents to a WO Pop-up Poll said that they graduated optometry school – or expect to – with student loan debt....
Read more