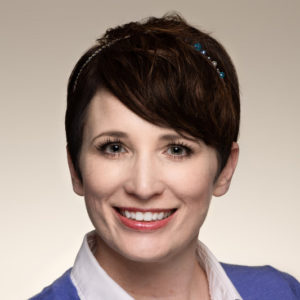 Hearing that the eye care practice where both she and her husband worked was undergoing an ownership change was a bit rattling to Meagan Avila, OD, of Carmel, Indiana.

She joined Ossip Optometry in 2012, joining her husband, Judson Avila, OD, who was already working for the company in an Indianapolis practice. “When we first graduated, our intention was to buy or start our own practice, but we were so happy with Ossip,” she says. “It was so nice to be able to leave work at the end of the day and really leave it behind. We were content, and we both had these great offices we work in,” she says.

Then they received a phone call just before they were headed on vacation. Scott Allison, OD, MBA, who is now VP, Professional Services at MyEyeDr., was then the COO of Ossip Optometry. He wanted to take both of them to lunch before they headed out of town. Dr. Allison knew the news would come out about Ossip’s integration into the MyEyeDr. group while the two were out, and he didn’t want them to learn about it. “He had nothing but good things to say about MyEyeDr., and so we decided that even though it felt uncertain, we were going to have an optimistic attitude,” she says.

Any worries they might have harbored have turned out to be unwarranted. “We have been nothing but happy,” she says. And when the pandemic forced the shutdown and slowdown in offices, she was even more pleased that the merger was completed in 2019. “Being under a bigger umbrella was so helpful to the staff and the patients. MyEyeDr. helped us through that time. The organization has more resources to make sure that staff and patients were well taken care of.”

In many ways, the day-to-day practice has not changed. “There is no compromise to the clinical expertise I share with patients,” she says. Her focus on specialty contact lens fits, glaucoma co-management and medical aspects of eye care remain strong. “MyEyeDr. gives us the freedom to manage our office, while opening us up to more resources and helping when we need it,” she says.

For example, she is able to access more continuing education opportunities. And she anticipates being able to do more in terms of leadership. At this point, her children are still young, and her after-work commitments tend toward soccer and gymnastics. MyEyeDr. has been supportive of that, she notes, but she also sees the opportunities to develop her leadership skills when that time comes.

Perhaps the strongest indication that the merger was a successful one is that the Ossip family of patients stuck with the practices. “We haven’t lost patients – even when my office changed locations five months after the merger. That’s tricky because we were Ossip in this location, and then we moved and became MyEyeDr. in another location, but most patients were able to find us, and we attracted new ones,” she says.

Maintaining that patient connection has always been important to her. “My favorite part of being an optometrist is seeing patients year after year and getting to know them. They become friends and family as well as patients, so I’m happy we’ve retained those connections.”

In fact, on balance, it’s all been a gain. “A lot of colleagues have asked how the change has been, and between the expanded resources and the opportunities, it’s all been positive.”

Heather Day, OD, has been providing her hometown of Statesville, North Carolina, with eye care for more than 16 years. She always wanted to...
Read more
MyEyeDr: Trusted Community Doctors

Leading Beyond the Lane

With support from MyEyeDr., ODs are leading beyond the lane to expand the boundaries of optometric care. Whether optometrists are passionate about advocacy, organizational...
Read more
MyEyeDr: Trusted Community Doctors

The first time that Mary Jo Stiegemeier, OD, FAAO, truly felt relieved of her duties as owner of a two-location practice she transitioned to...
Read more
- Advertisment -

OD Who Received So Little Encouragement as a Child Now Dispenses...