Eager to Return to Providing Access to Eye Care 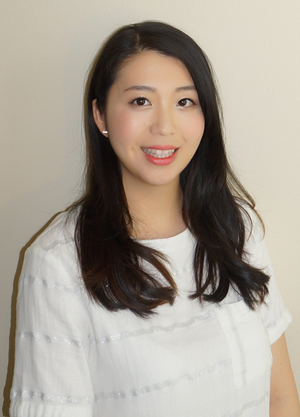 Jessica Du, OD, remembers the first patient who called who had been directly in contact with a COVID-19 positive individual. “The patient was calling to book an appointment for herself, but she mentioned that her son had tested positive the previous month. She had not, but it was the first time we would encounter such a close caregiver for a COVID-19 positive patient,” she says.

Dr. Du, who works for Doctor’s Exchange of Washington, P.C. inside America’s Best Contacts & Eyeglasses locations in Washington state, says that she and the America’s Best team members brainstormed how she could provide care for this patient and minimize the risks. “We scheduled the patient 30 minutes before the store opened, so we could minimize contact with staff and other patients,” she says. “That also provided us extra time to allow for disinfecting after the exam was completed,” she says.

As it turned out, Dr. Du was grateful the patient had made the call. The woman had been diagnosed with type 2 diabetes 25 years earlier but either hadn’t heard or wasn’t told that she should be coming in for annual eye exams. “She was seeing poorly, and when I dilated her, I could see proliferative diabetic changes in the back of the eye.” Dr. Du was able to refer her to a retina specialist nearby and also educate the patient on the importance of blood glucose control. “She thought that all she needed was a pair of eyeglasses. She didn’t know that diabetes was a factor in her vision fluctuations.”

The patient called Dr. Du’s office at the America’s Best location because it was open when other offices either had not yet reopened or were booked out far in advance. “We were seeing many patients who had delayed their eye care visits during COVID-19 stay-at-home orders,” she says. For some of those patients, the eye exam proved to be an entry point to the health care system. “Some weren’t taking their medications properly or were not taking care of themselves. I have not seen as much diabetic retinopathy in my five-year career as I saw in the weeks after we reopened in early May.” 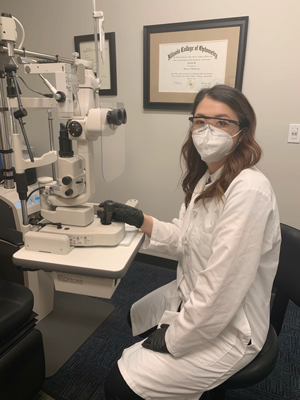 When this particular patient called, Dr. Du reached out to the America’s Best district manager to share the plan she and the staff thought could work. “I did not receive any pushback—just one example of how we all share the same goal of helping patients who need us. It was a good strategy to minimize contact with the staff and other patients, and I was willing to come in a little early,” she says. In retrospect, she’s glad the patient came in and immediately went on for specialty care before the condition progressed even more.

When the office reopened to the public, there was a list of patients to call—primarily those who had to postpone their visits when only emergency patients could be seen. “There was a manager and associate on location while closed to the public, to take calls to triage what patients needed to be seen urgently,” she says. She and the staff prioritized those patients first, as well as ones with high prescriptions who were overdue for exams and those whose existing appointments were cancelled when stay-at-home orders were issued.

Soon after her graduation from Illinois College of Optometry in 2015, Dr. Du began her career at Doctor’s Exchange of Washington working at an America’s Best in a more remote location. When the Area Doctor who mentored her left for another position, he recommended her for the role. “It also required that I work out of Tukwila, halfway between Seattle and Tacoma, which is closer to where my husband was working. It was a perfect opportunity,” she says.

She has appreciated the way that her Practice and National Vision, Inc. keep Area Doctors—and through them, the rest of the doctor network—updated during the pandemic. “We never foresaw something like COVID-19, but we were on conference calls twice a week discussing closings and what reopening would look like. They asked for our input as clinicians, and they listened to our ideas and concerns. Thanks to these calls, I could easily turn to the 20 doctors in my district and share those communications with them,” she says.

Throughout the time their offices were closed, Dr. Du and the other doctors employed by her practice continued to receive pay. “That stability meant so much to doctors and their families.” As offices reopened, Dr. Du and the other doctors continued to have the full support of both their Practice and National Vision. “We were provided with ample personal protective equipment and cleaning protocols—and still are today. I always felt that they had our backs, and it’s important to know that you have that kind of support.”

Despite taking on the Area Doctor role only one year after graduating, Dr. Du says she has felt that she is well supported. “I enjoy talking with my colleagues and getting to know them. I enjoy problem-solving for situations that arise and even scheduling 20 doctors across 13 locations. I’ve also enjoyed being there to support my team during the pandemic,” she says. She had not realized that practicing in the National Vision network could offer such leadership opportunities to ODs, but now, it’s another benefit to the decision she made to join the team.

All of Her Focus Is on the Patient in the Chair

Fazeela Karim, OD, recalls that like for every optometry student more than a decade ago, the prevailing advice she received was to go into private practice.
Read more
National Vision: Corporate OD Careers

Corporate Optometry Is a Perfect Fit for New OD