The Great Reset: 2021 Growth Puts Practices on Par With 2019 Levels

While the vast majority of respondents (98 percent) said that their practice locations are open, the coronavirus pandemic grind seems to be taking a toll. In the final Jobson Optical Research ECP coronavirus survey for 2021, taken from Dec. 8-31, 2021, most respondents say that while 2021 was a better year than 2020, it just barely came out even with 2019. 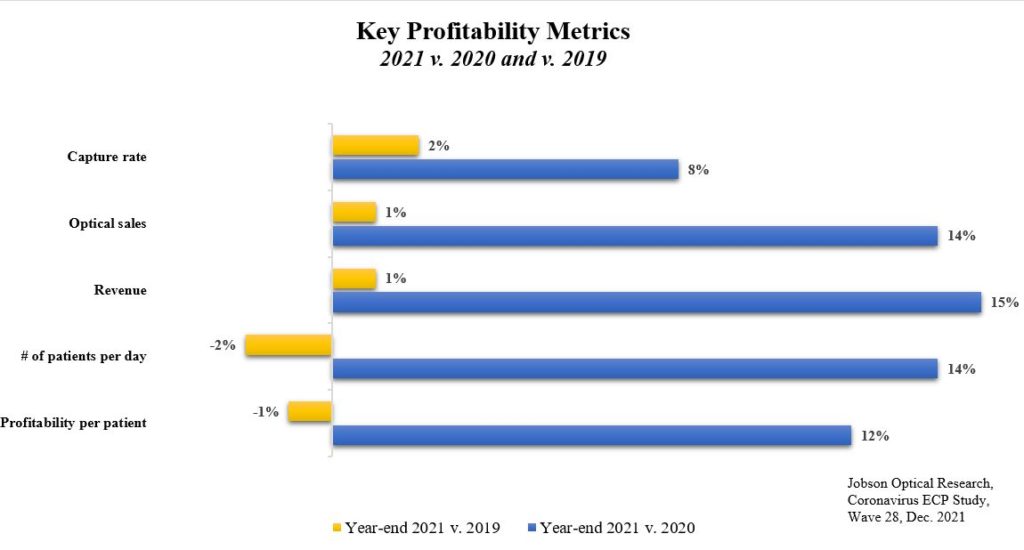 In terms of numbers of patients per day and profitability per patient, on average, respondents said their 2021 year-end numbers were lower than their 2019 numbers. Across the board, however, the consensus was that 2021 was a significantly better year than 2020.

Also in this wave, 64 percent of respondents said that someone in their work location has gotten coronavirus, the highest percentage yet. In addition, the percentage of those who responded that there’s been a breakthrough coronavirus infection (those who test positive even if they’ve been vaccinated) was up to 29 percent, an increase of 10 percentage points over the result in September. 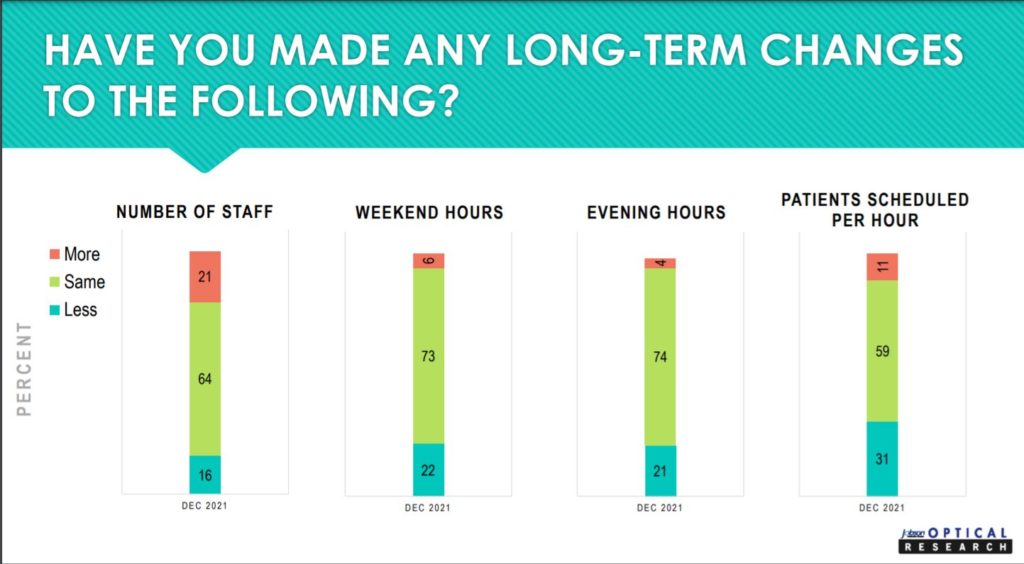 The percentage of respondents who said that they could not accommodate more patients that they are seeing currently was also at an all-time high in this wave. Forty-six percent said they could not squeeze more patients into the schedule. Lack of staff was the most common rationale for not being able to add more patients to the schedule, although “lack of patients” also saw an uptick in this wave, perhaps an indication that the omicron variant is keeping more people at home.

Why Makeup Should Be Part of ODs’ Conversations With Patients

Maybe the Great Resignation has hit optometry. A Women In Optometry analysis shows that the total number of ODs increased only three-tenths of one...
Read more
New

The day after Kristie Nguyen, OD, of Orlando, Florida, got a package in the mail from PaprDoll Eyewear, a new company that creates and...
Read more
- Advertisment -