Under the Magnifying Glass: A Closer Look at Student Loan Debt

Women In Optometry is breaking down the data from its latest Pop-Up Poll on student loan debt and looking at the way student loan debt may differ among graduates in different time periods. This first chart shows the graduation grouping percentages among the 401 optometrist respondents to this poll. The largest groupings of respondents included 29 percent who graduated 2016 and later, and another 25 percent graduate between 2010 and 2015. 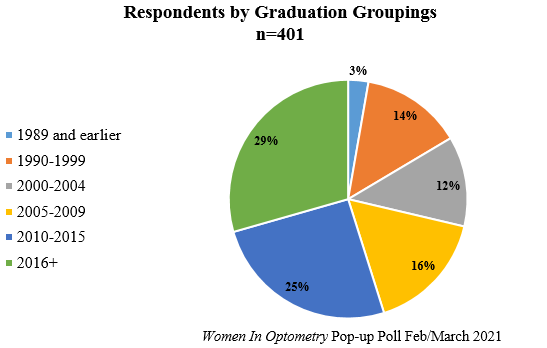 Below, we take a closer look at the responses from each of these groups of graduating classes. 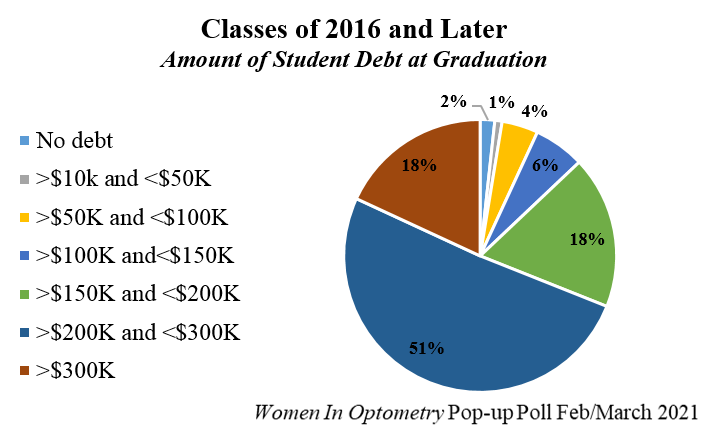 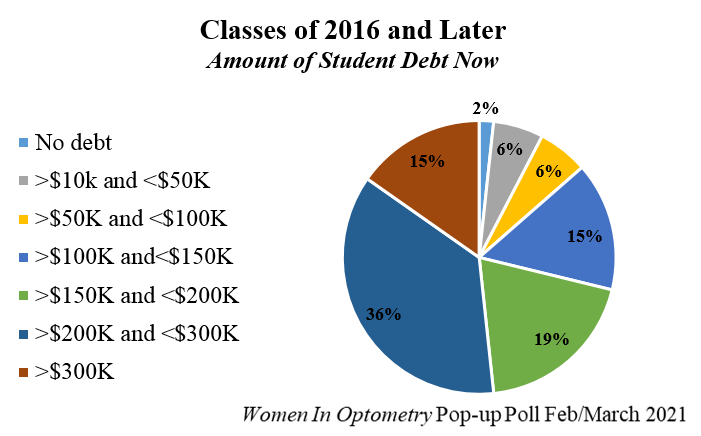 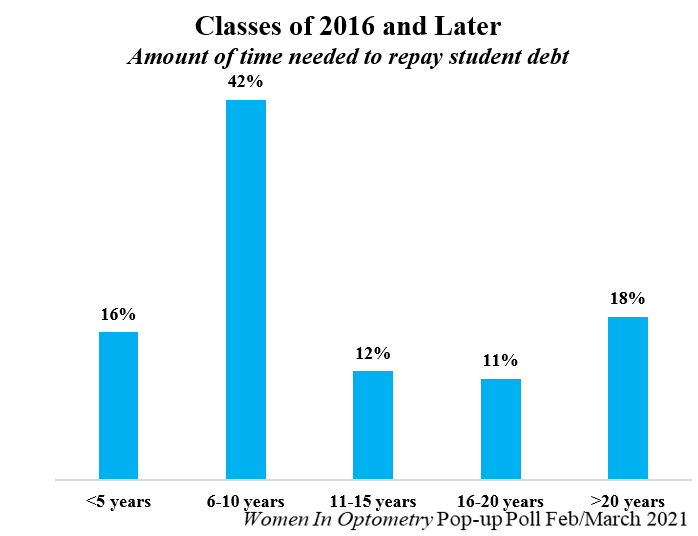 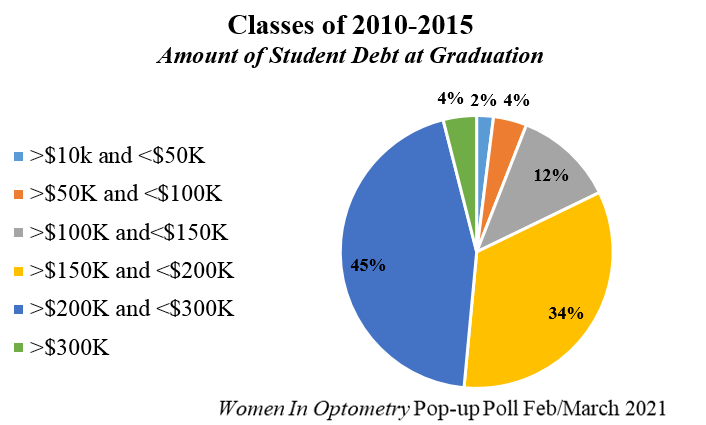 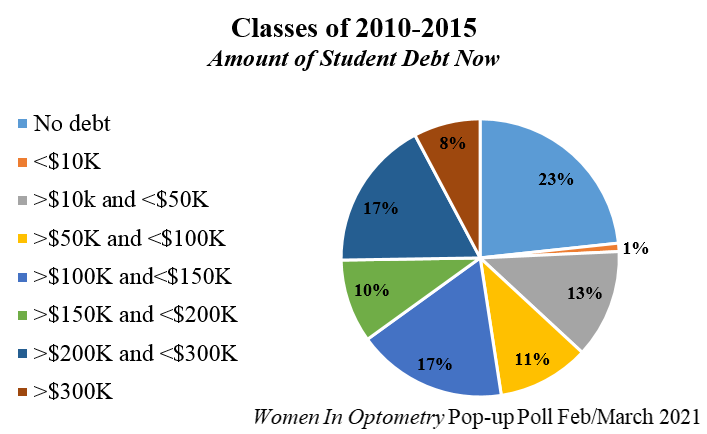 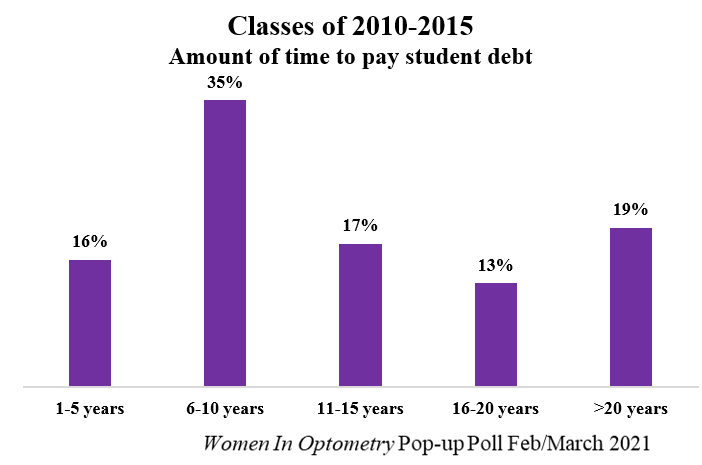 The number of graduates expecting to need more than 20 years to pay off their loans is on the rise with these graduates, up to 26 percent. 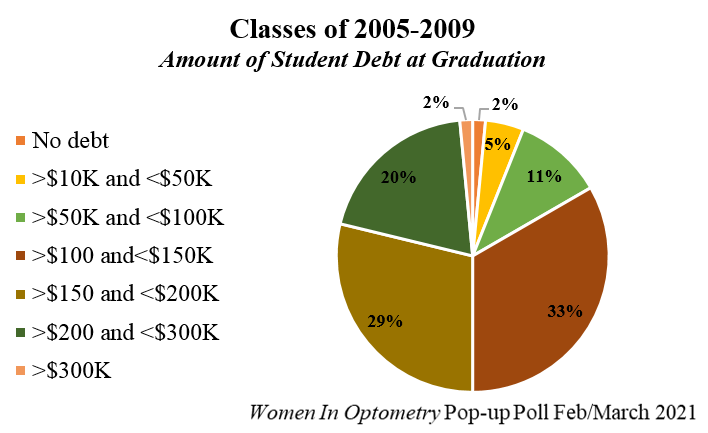 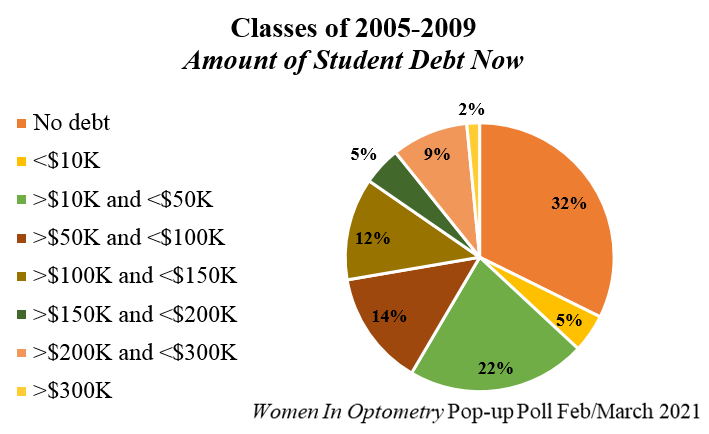 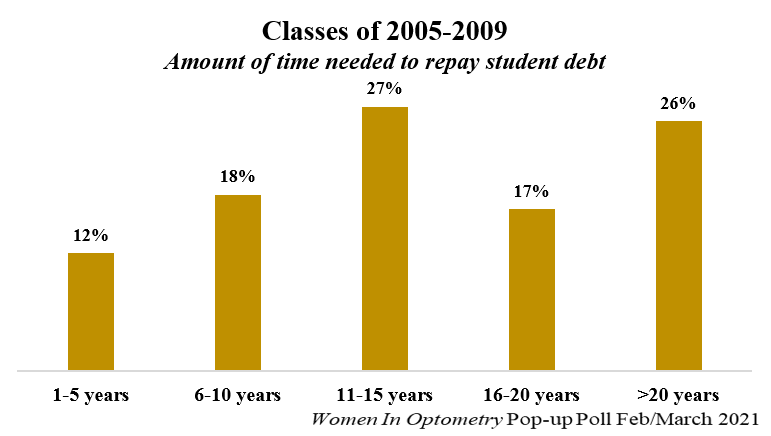 The number of graduates expecting to need more than 20 years to pay off their loans doubles to 53 percent. 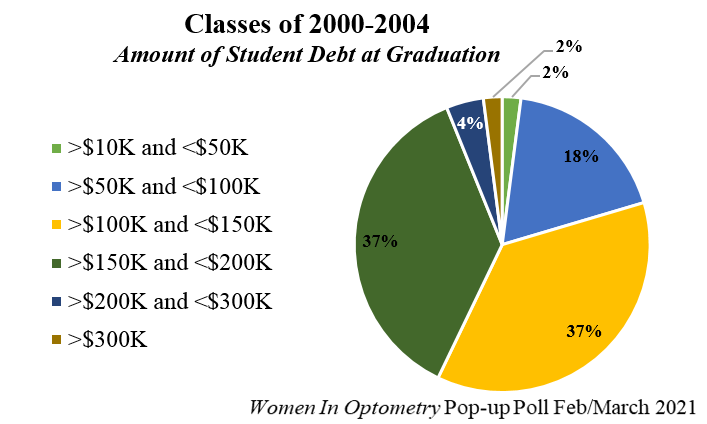 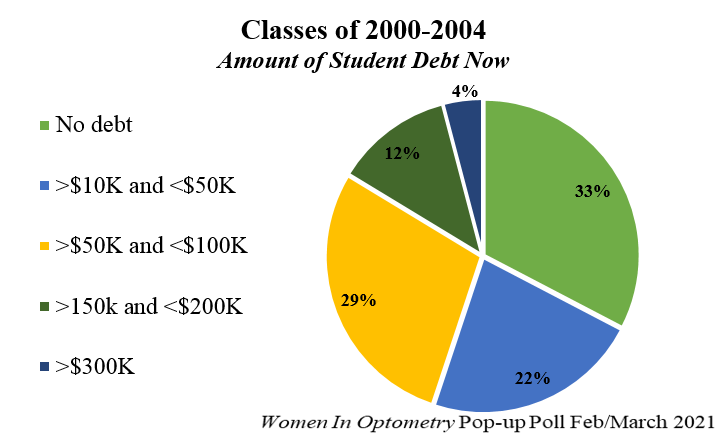 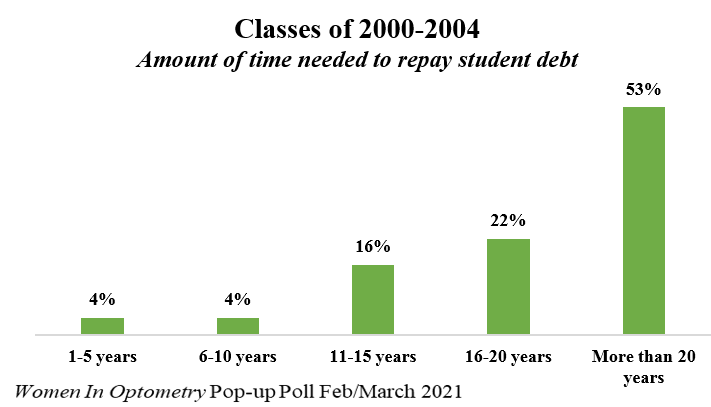 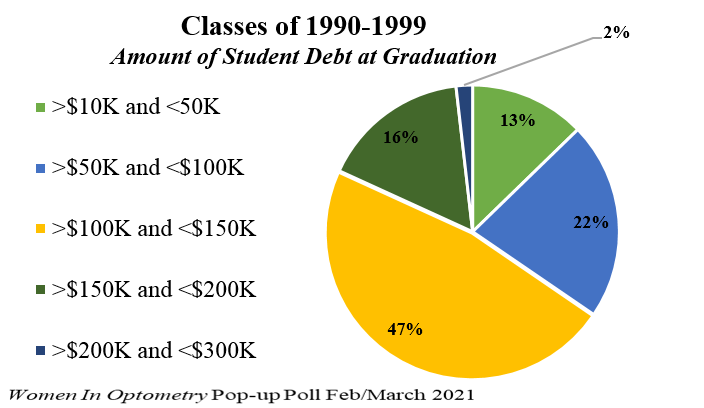 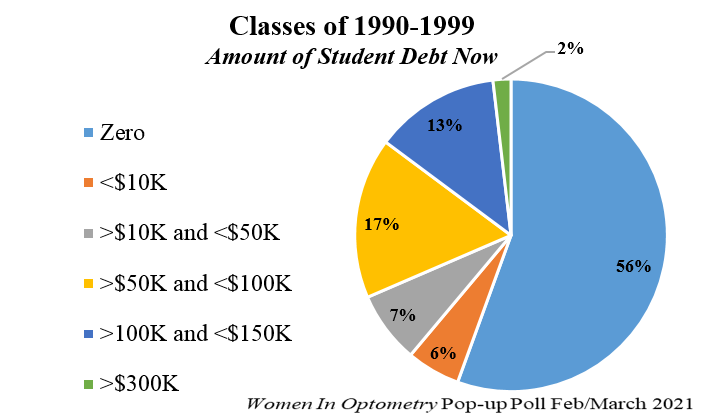 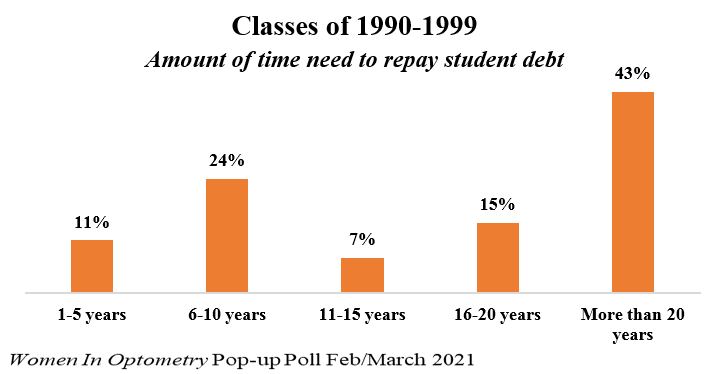 All of the OD respondents in this graduation grouping had paid off their debt. The most common amount borrowed at graduation time was $10,000 and $50,000; 82 percent said that they had debt in this amount as a new grad. 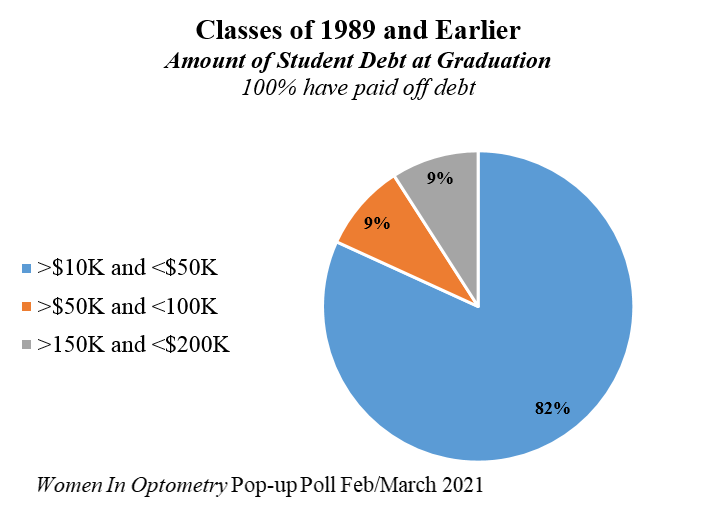 Own Your Success: Mentor Offers Encouragement to Flourish

Diana Nguyen, OD, was still an optometry student when she met her future mentor Richard Maharaj, OD, FAAO. They were first introduced at the...
Read more
New

Although scrubs are not uniformly popular among the nearly 200 respondents to the Women In Optometry Pop-up Poll, only 7 percent of respondents said that they cannot wait to ditch the scrubs and return to their previous workwear.
Read more
Polls