Visual demands of work- and learn-at-home starting to show 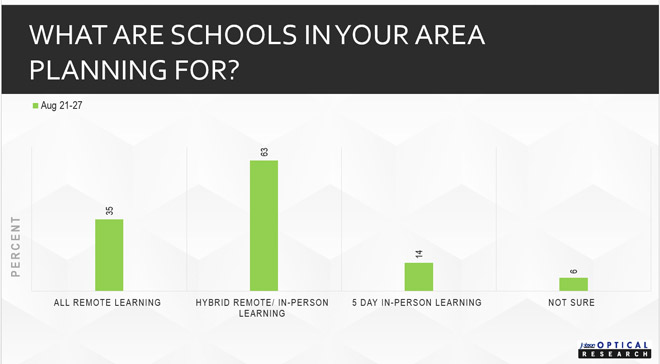 Learn-at-home virtual lessons seem the standard for most schools this fall, with 35 percent of respondents saying that schools in their area have opened to a virtual-only format while 63 percent have opened to some hybrid of virtual and in-person learning. Only 14 percent said that full-time in-classroom learning is happening.

Perhaps in response to the lack of traditional back-to-school health screenings and/or the increased digital demands of virtual learning, 54 percent of the respondents said that they are putting more emphasis on children eyewear this year. 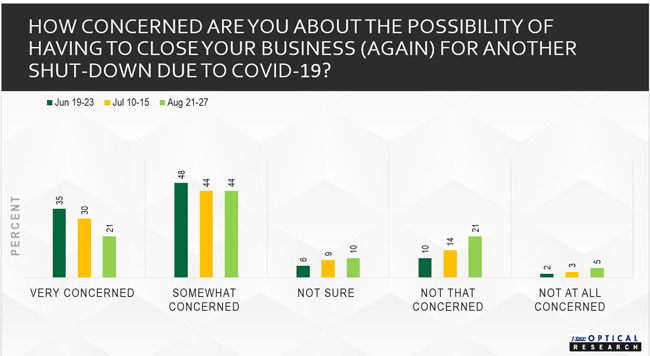 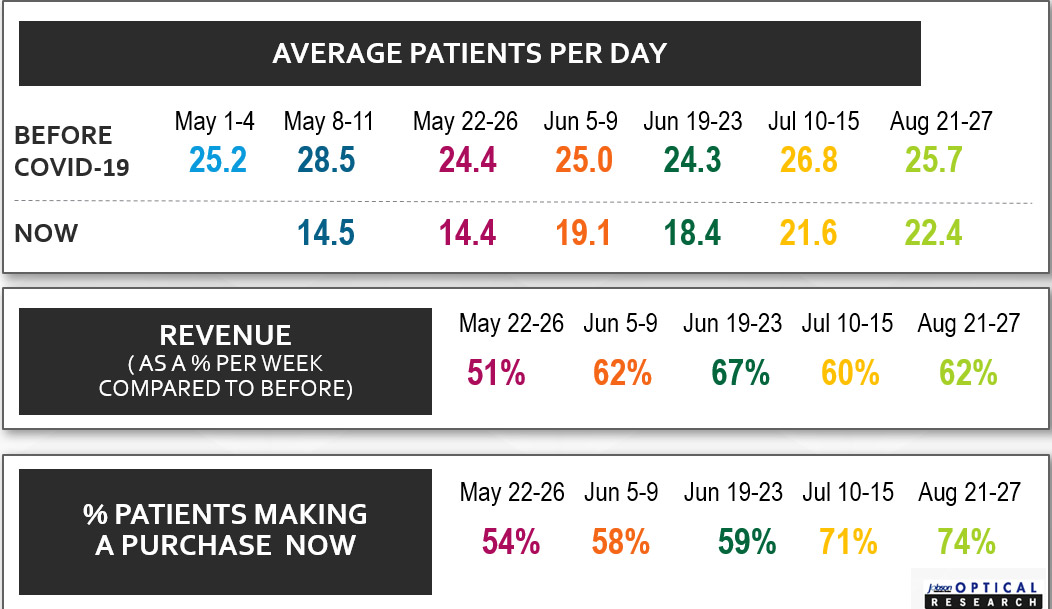 Several indications show that practices are regaining their footing. Respondents in this wave reported the higher average number of patients per day (22.4) since that question was introduced in May. In addition, 74 percent of patients are making purchases—also the highest number reported since the survey began asking that question. Average revenues per week are at about 62 percent of the same week the prior year. 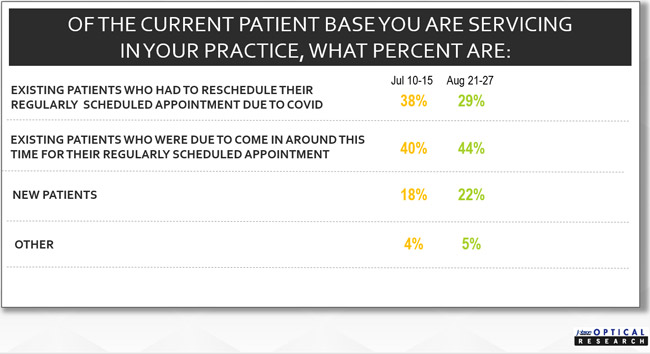 The patient mix is also balancing more toward regularly scheduled patients who are returning for annual appointments and new patients.

Read the full results of the Wave 14 survey.