04.09.20: Fifth Wave of Survey Finds Many ODs are Rescheduling Patients for May, June

In the fourth wave of the survey, taken between March 28-30, 37 percent of respondents said they were planning to reschedule appointments for April. That percentage dropped to 7.1 percent in the survey taken a week later.

While offices are closed or limiting hours, respondents said they are trying to stay busy. 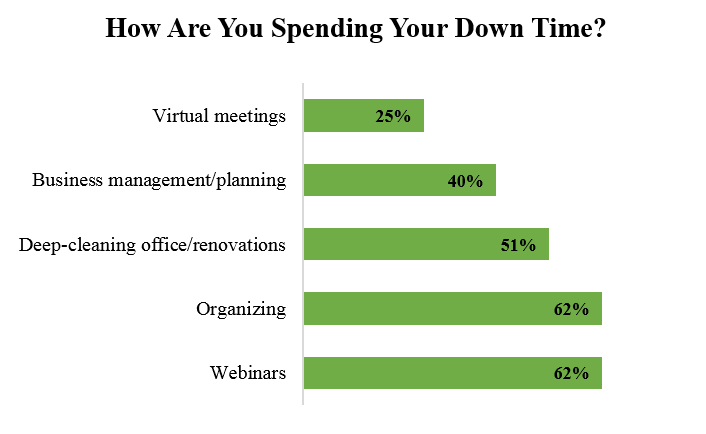 The latest survey results show a slight increase in the percentage of respondents who are offering services.

This wave shows the highest interest yet in telehealth services with 28 percent of respondents saying that they have already started to offer telehealth options and 26 percent saying they plan to do so in the near future.

In addition, 56 percent of respondents said that they have billed for telehealth services in the past two weeks. That is nearly 13 percentage points higher than the survey a week earlier.

Most respondents to this survey, 65 percent, are most interested in information that will help them gear up when reopening. Only 31 percent of respondents said that they are working on a written plan for when the practice reopens; 69 percent are not.

Based on the responses to the 27th wave of the Jobson Coronavirus ECP Survey, most practitioners expect to finish 2021 in a much better...
Read more
Events

The sixth annual Theia Awards of Excellence will be presented on Nov. 2, 2021, toward the end of the Women In Optometry (WO) Women’s...
Read more
New

Optometrists are primed to influence the perception and direction of the profession, says Dorothy Hitchmoth, OD, FAAO, especially when it comes to the role...
Read more
- Advertisment -

Dr. Deborah Weston: How the Pandemic Caused Her Practice to Rethink Its Connections to Patients

No Mentor, No Problem! How to Become Self-Made in Eye Care.

By Maria Sampalis, OD, Corporate Optometry Careers You don’t need to have a family member that was or is in the eye care industry or...
Read more

Based on the responses to the 27th wave of the Jobson Coronavirus ECP Survey, most practitioners expect to finish 2021 in a much better...
Read more
Load more

Me Time: Alone at Last