A majority of doctors (57 percent) say that patients are willing to reschedule their visits to eye care professionals’ reopening offices, once they are assured that there are safety precautions in place, according to Wave 8 of the Jobson Optical Research ECP coronavirus survey. Another 30 percent of the respondents said that patients are eager to reschedule, while 13 percent said that patients seem hesitant at this point. This wave was open for responses May 1-4, just as a number of states were lifting some of the strictest stay-home orders. 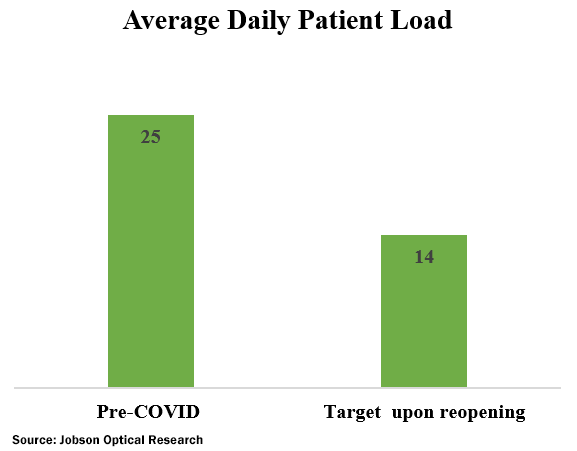 The timing of this survey wave shows the shifting regulations, with 41 percent noting that they expect their state or country to allow reopening by Thursday, May 7. Another 25 percent of respondents expect to be allowed to reopen this month, and a quarter say they don’t yet know when they will be allowed to reopen to provide more than emergency or urgent care services. 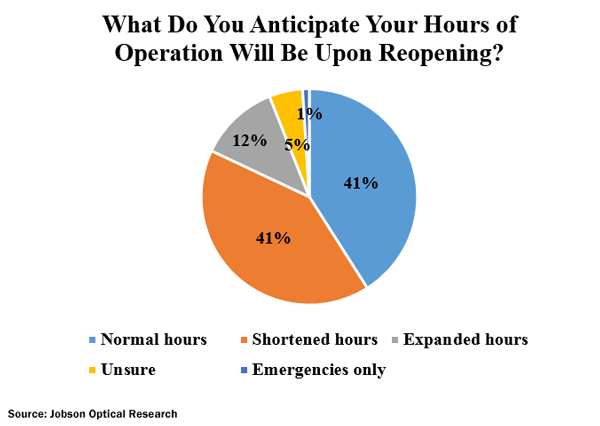 Ninety-three percent of respondents said that they do plan to reopen, and 68 percent said they are working on a written reopening plan, the highest percentage seen since Jobson began asking that question in Wave 5.

This survey wave asked a new question to see if ECPs are concerned about acquiring the personal protective equipment (PPE) they want for themselves and staff. In addition to their concerns, 55 percent said they have not thought about how to manage the additional PPE costs. 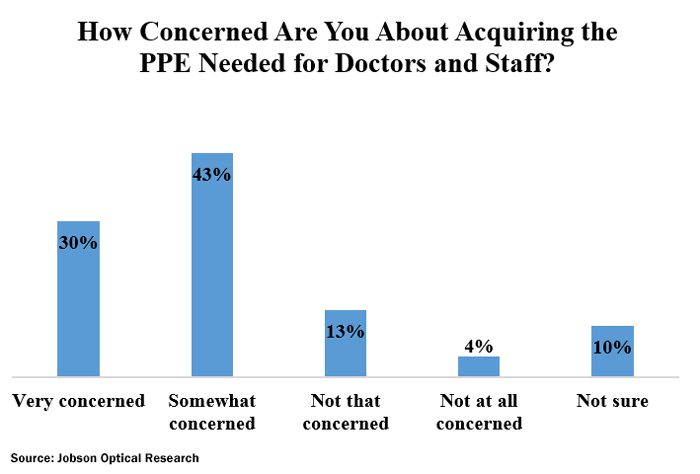 Jobson Optical Research has been conducting these surveys about once a week, starting in mid-March to gauge the actions and attitudes of ECPs. Questions varied slightly in each wave, acknowledging the fluidity of circumstances. Where comparisons are possible over time, those are included. The current report, which shows those comparisons from earlier questions, is available here.

The AOA announced the recipients of its 2020 awards in April. We're recognizing all of their accomplishments, along with taking a closer look at some of their stories.
Read more
News

Sixty-four percent of respondents to the Wave 9 Jobson Optical Research poll say that they have reopened.
Read more
News

This article is so urgent that if you have PPP money sitting in your bank account, it’s something you must read now.
Read more
- Advertisment -

On Being a Patient

By Marjolijn Bijlefeld, Editor, Women In Optometry When COVID-19 struck, I was about two months overdue on my annual comprehensive eye exam. I’m a flitterer...
Read more

The AOA announced the recipients of its 2020 awards in April. We're recognizing all of their accomplishments, along with taking a closer look at some of their stories.
Read more

AOA Educator of the Year: Mentor Guided Her Toward Career in Education

Newly awarded Optometric Educator of the Year Caroline Beesley Pate, OD, found her calling in academia, not long after she matched into a residency program at the University of Alabama at Birmingham School of Optometry to train under her mentor.
Read more

Roya Attar, OD, has had a somewhat unconventional path to her success.
Read more
Load more

POP-UP POLL: How Do You Characterize Yourself? – RESULTS