Home News Is the Gap Widening or Shrinking?
News

Is the Gap Widening or Shrinking? 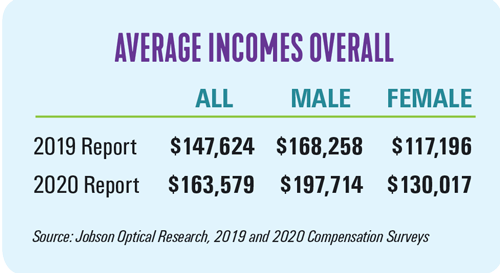 Across the board, on average, male ODs working full time reported earning more than women ODs did in 2019—even when years of experience and practice modality were taken into consideration. But the gap is narrowest among younger ODs, which could be a sign that the gap is shrinking. However, notice how dramatically the gap begins to widen among survey respondents with more experience. Is there a point at which men’s income trajectories begin to outpace women’s significantly, or will future surveys show that newer grads will see their incomes accelerate along roughly the same lines? 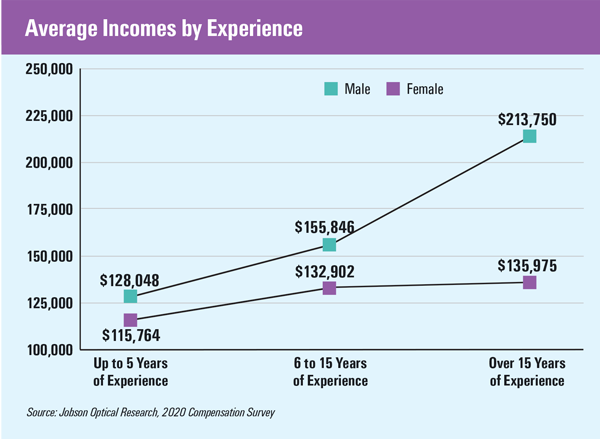 While average compensation rose, according to responses to the Jobson Optical Research compensation survey in 2020 compared to the year before, men’s reported earnings rose by 18 percent while women’s rose by nearly 11 percent. The charts on this and following pages show that the income disparity based on gender is reflected in every geographic region of the country, by location type and by ownership or employee status. 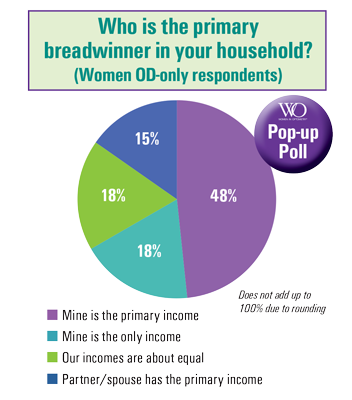 Note that 66 percent of women said their income is the only or predominant income for the household. Those poll results show that women’s income is essential to the family’s financial well-being. 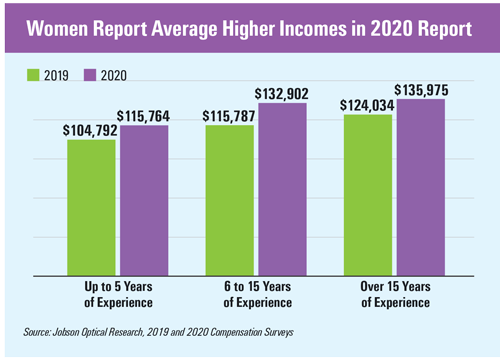 This is an excerpt from The State of Women In Optometry 2020. Read the full report here.

Women In The News – July