Me Time: Alone at Last

When they do get the opportunity for some down time, the majority of respondents, nearly 60 percent, said they prefer to send to spend it doing something solitary, like reading, exercise or shopping. The next largest group are the workaholics, the 18 percent who said that they use found down time to get work done. Another 11 percent use it to catch up on some ZZZs, while 9 percent said they’d spend it with a partner or spouse. Two percent of respondents said they’d create some spontaneous family event with found time. 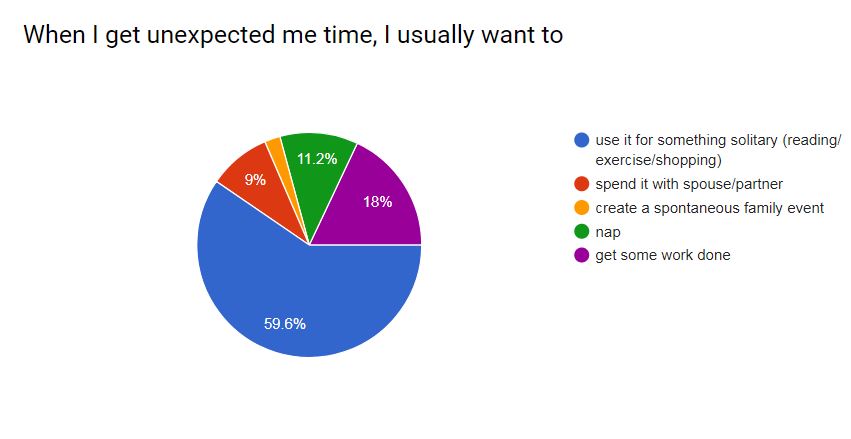 Fewer than one-third of the respondents (30 percent) said that they schedule some self-indulgences (mani/pedis, personal trainers, salon time for example). Another 24 percent do schedule those events, but that carries some guilt with it. Twenty-six percent said they hope to do so sometime, and 17 percent said scheduling events like this is unlikely.

Love is in the air in February, so in this WO Pop-Up Poll, we look at whether your love of optometry carries you through...
Read more
New

Kathy Tran remembers being told by a store clerk while shopping for sunglasses, “They don’t really make glasses for ‘your type of face.’” Even...
Read more
Polls

According to a recent Women In Optometry Pop-up Poll, many eye care professionals set and met their personal and professional goals. Almost half (47...
Read more
- Advertisment -