As the number of ODs grows, so does the percentage of women

Every year, Women In Optometry looks at the number of practicing ODs in the U.S. and has noted steady growth in the percentage of practicing ODs who are women. This map reflects the rise in women ODs, especially in larger states. Note that in several states, the percentage of women ODs has already reached a tipping point, and several other large states seem poised to do so soon. 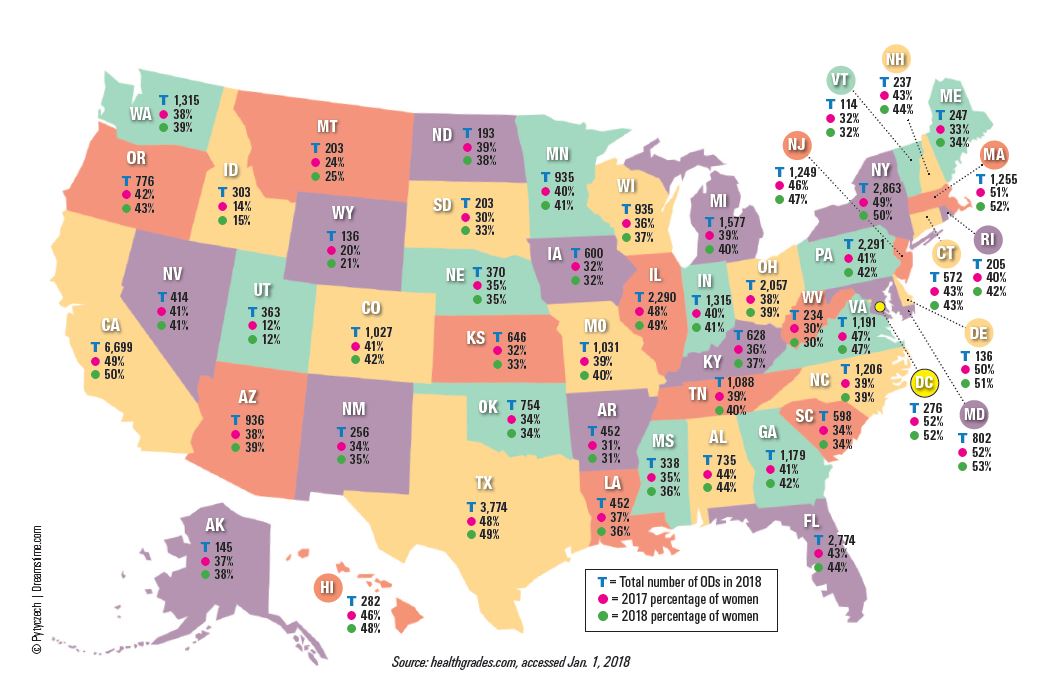