The number of male ODs dropped in 2022

In the largest jump seen in the past 10 years since Women In Optometry (WO) has been tracking the number of ODs in practice at the start of every year, the percentage of women ODs in practice rose to 47.3 percent of the total, an increase from 45.5 percent the year before. 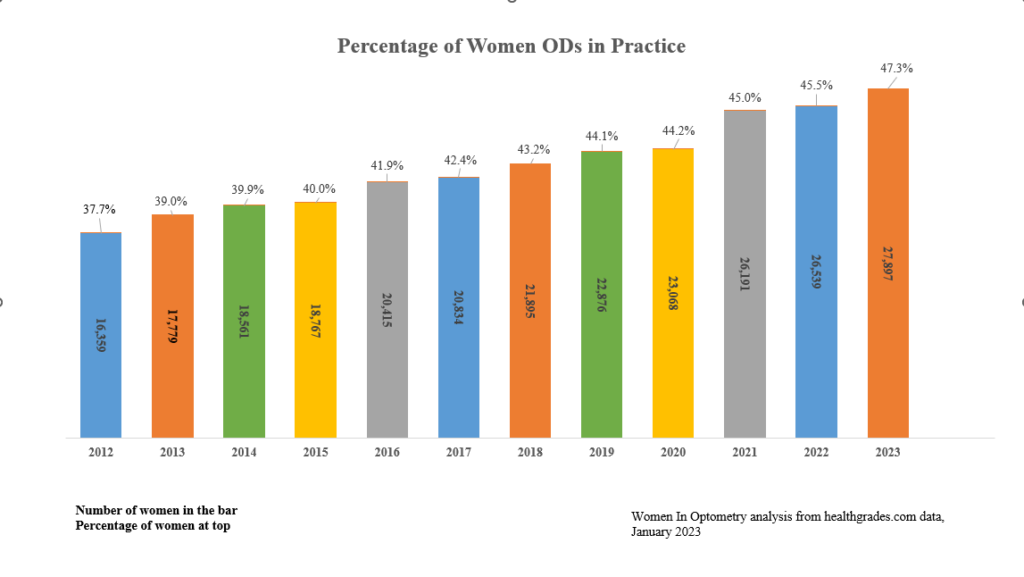 This penetration of women in the profession is nearly 10 percentage points higher than it was in 2012, but most years have seen an increase of about one percent or less per year. In 12 states, including Washington, D.C. and Puerto Rico, more than 50 percent of the practicing ODs are women. Last year, the list included only 10 states or territories. New Jersey and Hawaii joined the 50 percent and higher list this year, joining Puerto Rico; Massachusetts; Washington, D.C.; California; New York; Maryland; Illinois; Texas, Delaware; and Virginia. Another five states are up over 47 percent, meaning they might see a similar shift in the next few years.

MOST STATES SAW INCREASES IN PERCENTAGE OF WOMEN ODs

Only four areas saw a drop in the percentage of women in practice: Washington, D.C.; Delaware; Louisiana; and Wyoming. There was no change in the percentage in North Carolina, but every other state saw an increase. 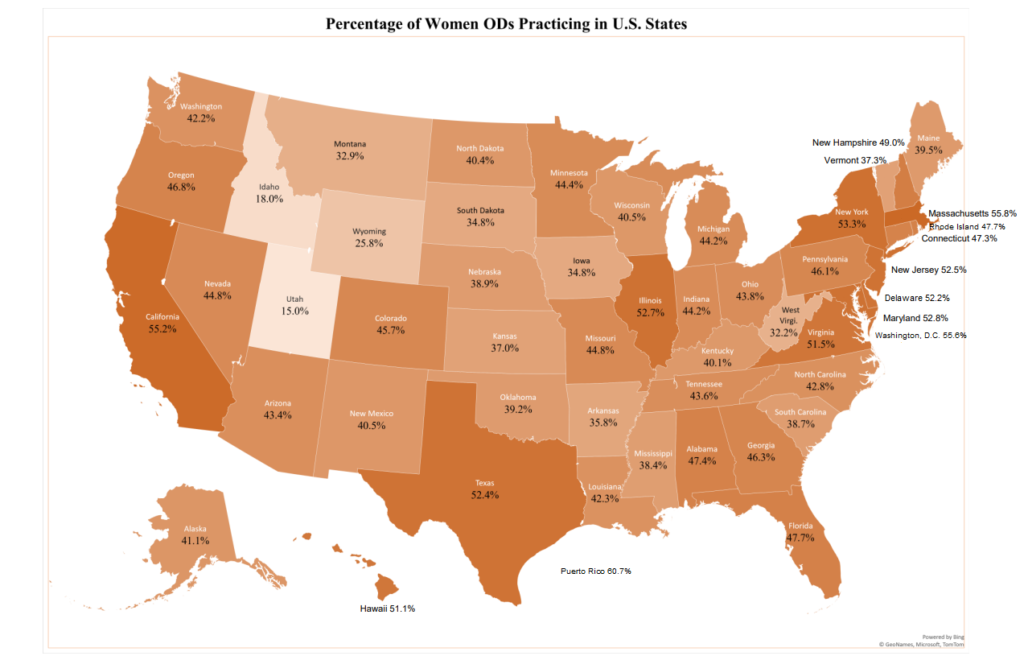 The WO analysis shows that in calendar year 2021, the profession saw only a net gain of fewer than 200 new ODs. That may be due to a larger-than-average number of ODs retiring or people taking a pause during the pandemic. The number of male ODs decreased by 219, while the number of women ODs rose by 408. Those shifts resulted in an increase of the percentage of women ODs in practice from 45 percent to 45.5 percent.

In the 2023 analysis, which compares early 2022 data to early 2023 data, the increase is again less than a net gain of 500 ODs.  This year, the drop in the number of male ODs is more significant at 758 fewer male ODs. The number of female ODs increased by 1,304. These larger numbers caused the shift of nearly two percent overall.

For at least the past 17 years, the number of optometry school students enrolling in the first year of optometry school has topped 60 percent. Sixty-nine 69 percent of students who entered in the fall of 2018 were women, so if they graduated at the same rate, the percentage of ODs coming into the profession is predominantly female.

At the same time, more of the older ODs who may be approaching retirement are male.  While more than half of the ODs listed in the healthgrades.com database are listed by age, the illustration here shows that more ODs under 50 are female while significantly more ODs over 50, and certainly older than 60, are male. 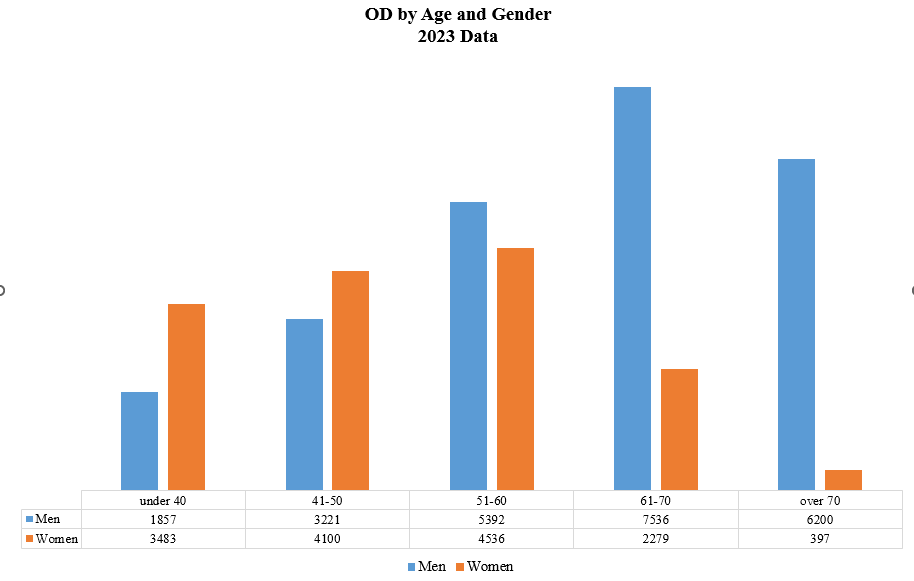 Methodology: WO uses healthgrades.com for its annual comparison. Despite some flaws, such as double-counts for ODs who practice in more than one state or even in more than one practice location, the numbers do provide a consistent data set for comparison each year. Those same challenges with counting practitioners who hold multiple licenses also exist within state licensing boards, and some state licensing boards do not ask ODs to specify gender.

Healthgrades.com lists about 100 ODs where it does not specify male or female gender. For the purpose of calculating the percentage, WO divides the number of those listed as female by the total number in each state listed as either male or female.