Home News Simplifying the Process of Recruiting and Hiring
News

Simplifying the Process of Recruiting and Hiring 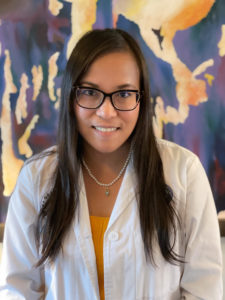 Kathrine Holmberg, OD, joined the team at Greenspan Optometric shortly after her 2015 graduation from the Illinois College of Optometry. The practice, which has been in the Chicago Heights community since 1947, was owned at the time by Ronald Greenspan, OD, who quickly became a mentor to Dr. Holmberg as a new optometrist. After just two years, Dr. Greenspan asked Dr. Holmberg if she would be interested in practice ownership, and she admits she was caught a bit off guard. While private practice ownership was her dream, she wasn’t sure if she was ready to step into the role of business owner.

She says her husband, whom she describes as very ambitious, encouraged her to consider it. “He said he thought it was a good opportunity and that he would help me.” Dr. Holmberg’s mom, an accountant, stepped in to assist, as well. “We took the plunge to go ahead and do it.”

Dr. Greenspan guided her through the transition over the next few years until he retired in March 2020, as the pandemic hit the country. “They don’t teach a lot about practice management in school, so he showed me what he learned, how he learned it, what works and what doesn’t.”

She enjoys the large and diverse population that she serves in the southern suburb of Chicago. “I call it a rainbow of optometry—all ages and a mix of many different kinds of patients,” from disease co-management with local ophthalmologists to post-operative care, emergencies and more. “We see it all.”

Dr. Holmberg decided to try something new when it was time to replace an OD who moved away and to accommodate practice growth in what is now Holmberg Optometric, doing business as Greenspan Optometric. Dr. Greenspan had been a bit more traditional in his approach to job postings, but Dr. Holmberg wanted to incorporate digital tools. She decided to look into CovalentCareers, now known as Eyes On Eyecare, a resource she had heard about during optometry school. Several new graduates and colleagues had recommended it to her. “I heard it was a hub for new doctors to find employment,” she recalls.

Dr. Holmberg was assigned a representative, Miguel Delatorre, to help her through the hiring process. “I discussed with Miguel what I was looking for in a doctor—someone interested in treating disease and practicing at full scope—and all of the equipment we have, patients we see and what we expect to treat.” She could customize the number of hours available for the position; the practice typically has three doctors working a combination of full- and part-time hours. Once the job description was posted, Dr. Holmberg could log in to her account to review the pool of candidates, narrowed down to exactly who she was looking for.

Dr. Holmberg hired her first associate OD through Eyes On Eyecare a few years ago, and it was so efficient that she went back to repeat the process when she brought in her newest doctor in March 2021.

Eyes On Eyecare streamlined the process, narrowing down the list that Dr. Holmberg could consider. “This made my life easier because they were able to vet the candidates without me having to do it,” Dr., Holmberg says. “With other resources, there isn’t as much screening going on, and I can get 80 candidates that I have to weed through to find who is qualified. This platform was much simpler.” Every time candidates applied, Dr. Holmberg received an email so she could reach out directly and set up an interview. A typical posting would yield a handful of well-qualified candidates.

Hiring the right candidates helps her keep the office running smoothly with coverage every day. It also allows her to expand into other niches of practice. Dr. Holmberg is personally interested in exploring a specialty contact lens segment, and she looks forward to adding these services in the future.

World Sight Day is quickly approaching, and there are plenty of ways to get involved! October 13 will be dedicated to raising awareness and promoting...
Read more
New

Woo U to Donate Proceeds From Weekend’s CE Event to Scholarship to Honor Dr. Art Epstein

August 2022 Was Better Than August 2021, But ECPs Still Catching up to Pre-COVID-19 Levels

In this 30th wave of research that Jobson Research has been conducting since the start of the COVID-19 pandemic, inflation and staffing issues seem...
Read more
- Advertisment -

By Natalie Hayes Schmook, MBA, CFP, CVA We recently discussed what underlying stock investments look like. Let’s look at the types of instruments you can...
Read more

Randa Djabri, OD, says that while practice ownership was always a goal, she imagined herself there closer to 20 years after graduation. Yet just...
Read more

By Maria Sampalis, OD I have been a long time advocate of the advancement of women in the industry. I believe that any female can...
Read more

Waiting for the Perfect Practice to Purchase