The American Academy of Optometry Shows Support of ASCO’s Optometry Gives Me Life Campaign with $50,000 Donation

The Association of Schools and Colleges of Optometry (ASCO) received a $50,000 donation from the American Academy of Optometry (AAO) to ASCO’s public awareness campaign, Optometry Gives Me Life (OGML).

OGML was launched in March 2019 and was developed due to a downward decline in recent years of qualified applicants and the lack of diversity amongst the applicants to first-year classes of the 23 schools and colleges of optometry. The goals of the campaign are to recruit at least two applicants with a GPA > 3.0 from their undergraduate institution(s)
for every available training slot in a U.S.-based optometry program, increase by 100 percent the number of highly qualified applicants from Hispanic/Latino and African American/Black backgrounds and maximize the percentage/number of high school students who are aware of optometry as a career option.

“The American Academy of Optometry is proud to support ASCO’s on-going initiative towards increasing a diverse applicant pool for those wishing to pursue optometry as their career path,” says AAO President Timothy McMahon, OD, FAAO. “Students are the future of any profession, and as the continuing education association for optometrists seeking to practice at the highest levels of care, we are committed to ensuring we instill best practices as a part of their ongoing education following graduation. Supporting their campaign demonstrates our commitment to students as they progress through their careers and increasing diversity within the profession.” 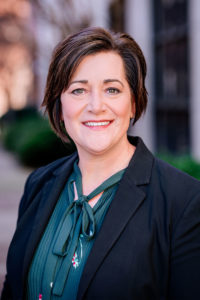 “Through their donation the Academy shows the value of our campaign to the optometric community and we couldn’t be more grateful,” says ASCO President Kelly Nichols, OD, MPH, PhD, FAAO. “Support from the Academy, along with industry and organization contributors, including all of the schools and colleges of optometry, will allow this campaign to continue and grow, reaching potential applicants for years to come. Our diversity efforts are a particularly important component to the campaign, mirroring the work of the Academy. ASCO is grateful to the membership and leadership of the Academy and for this generous gift.”

More than 230 million kids around the world under the age of 15 lack access to the eyeglasses they need. To make a positive...
Read more
New

More than a quarter of the respondents to a July 2021 Women In Optometry Pop-up Poll said that the COVID-19 pandemic has accelerated their...
Read more
New

In the Women In Optometry Pop-up Poll on counting down the years to retirement, one of the concerns expressed by more than 20 percent...
Read more
- Advertisment -