Wave 10 of the Jobson Optical Research coronavirus survey found that 81 percent of respondents said their location is currently open. That’s an increase from the 64 percent who were open in wave 9, which ran from May 8-12. Wave 10 ran from May 22-26, 2020.

In this wave, 69 percent of respondents said that they are rescheduling patients for June, and 12 percent said that they are waiting until July. Patients seem very happy to be returning for routine care, with 43 percent of respondents saying that patients are eager to return (up 10 percentage points since the previous wave) and 52 percent saying that patients are willing to return when they’re assured that safety precautions have been taken.

About half of the respondents, 49 percent, said that their locations are running normal hours of operation, while 42 percent of respondents said that they are offering shortened hours.

Most survey respondents anticipate that the patient volume will grow over the next 30 days. 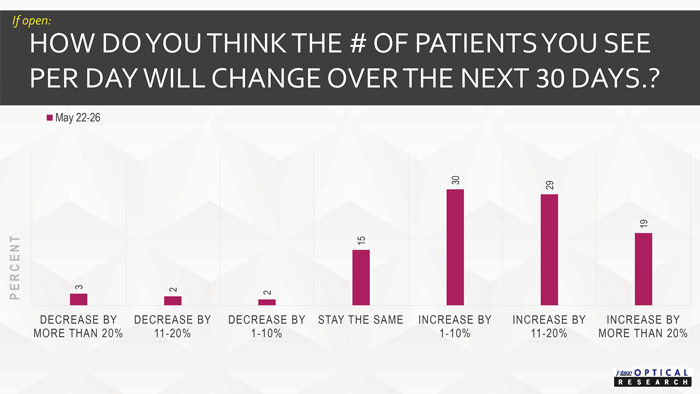 This survey asked a new question: How are you handling patients who arrive without a mask? Here are their responses.

Fifty-six percent of respondents expect that they will eat the additional cost of providing PPE.

The wave 10 survey showed that phone calls are the preferred method of engaging with all sales reps in every category.

Wave 10 also showed a growing hesitance about traveling to industry meetings and events. 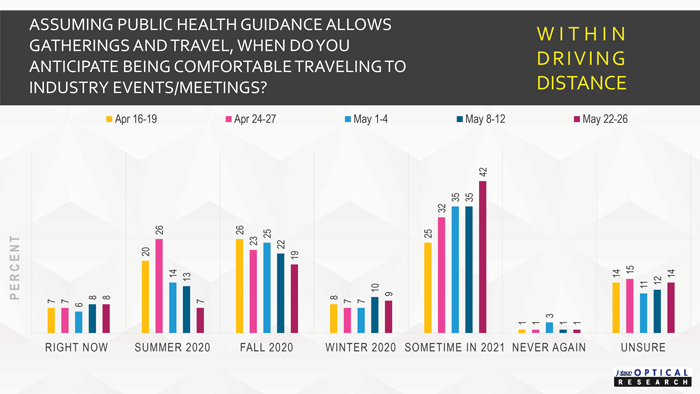 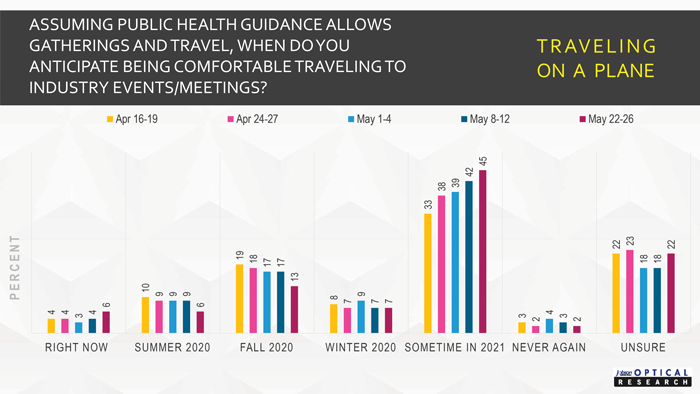 Here is an announcement from Optometry Giving Sight. The extraordinary events of the past several months, both the COVID-19 pandemic as well as the incidents...
Read more
News

In a May webinar presented by Intrepid Eye Society called Bettys vs. Bros, 18 optometrists discussed the importance of addressing dry eye in patients.
Read more
- Advertisment -