Home News Virus Impact Continues: Nearly Half of Respondents Have Had a Team Member...
News

Virus Impact Continues: Nearly Half of Respondents Have Had a Team Member with COVID in Wave 20 Report

Sixty percent of respondents have received at least one dose of vaccine, telehealth interest down

Nearly all respondents said that their practices have reopened in the Wave 20 of the Jobson Optical Research survey on ECP attitudes on Coronavirus, which was issued Feb. 25-28. Fifty-eight percent of respondents say that they are allowing walk-ins for eyewear dispensing or selections.

In the Wave 20 survey, 47 percent of respondents say that someone who works at the location has gotten COVID-19. That percentage was slightly lower than in the wave 19 survey, where 52 percent answered that they had an employee who had tested positive. 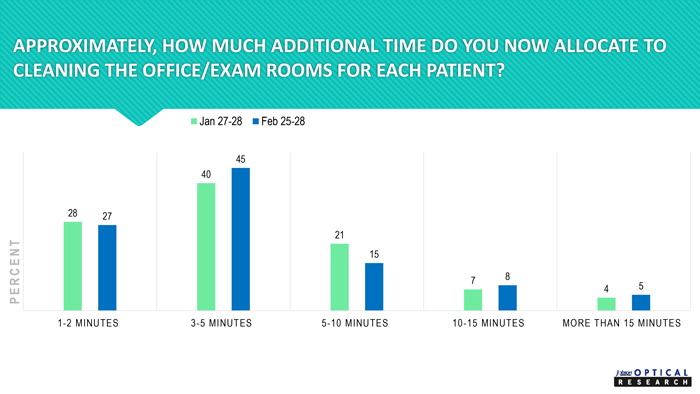 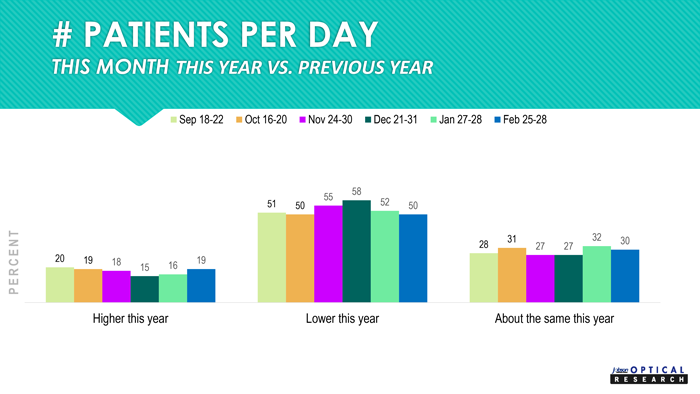 COVID’s Impact on Optical: The Year of 2020 Numbers in Review Now Available

Jobson Optical Research has released COVID’s Impact on Optical: The Year of 2020 Numbers in Review. Sponsored by ZEISS, the special report features exclusive Jobson research data and surveys showing the cumulative effect of the pandemic on the optical industry in 2020.

The report includes metrics tracked for ECPs in the U.S. such as average gross revenue per location, average gross optical revenue per location by region, U.S. unemployment rate versus U.S. optical sales, along with details like how many ECPs experienced having a staff member who tested positive for COVID, how ECPs are cleaning frames, and how patient behavior in screen time has changed.

April 2021 seems to have been a strong month for economic recovery for optometric practices, according to Wave 22 of the Coronavirus ECP Survey conducted by Jobson Optical Research from April 26-30.
Read more
News

Digital eyestrain is becoming more prevalent as employees are now spending more time in front of their screens since the COVID-19 pandemic began, according to new survey.
Read more
- Advertisment -

Optometry offers so many opportunities for establishing a niche area of care.
Read more

We're giving props to those who make it work—and do it so well—in smaller spaces.
Read more

April 2021 seems to have been a strong month for economic recovery for optometric practices, according to Wave 22 of the Coronavirus ECP Survey conducted by Jobson Optical Research from April 26-30.
Read more

A Win for Wyoming

Gratitude radiates from Jaime Hazen, OD, to the legislators in the state of Wyoming on their new three-part expansion regarding the scope of practice for optometrists.
Read more
Load more