Got someone new to glasses who needs some camaraderie? Here are some famous, glamorous and mighty bespectacled friends!

Sometimes glasses are exactly what you need to change up your look! When Dustin Hoffman’s character, Michael Dorsey, wants a role on a soap opera, he disguises himself as a woman and immerses himself in his new character. The Tootsie classic, circular 80’s glasses are now a prominent, trendy statement.

Steel Magnolias took on the charm and sisterhood of Southern women in the 80s classic based on a play. Newcomer Annelle is welcomed with open arms as we watch her blossom into a confident and unique young woman. Her bold cat-eye glasses are making a comeback in 2020! 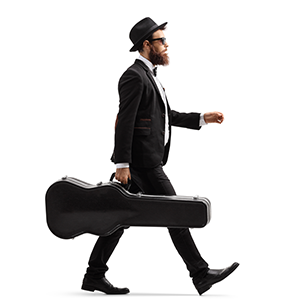 Were these frames worn by John Belushi and Dan Akroyd prescription? We can’t say, but we do know they were stylish! 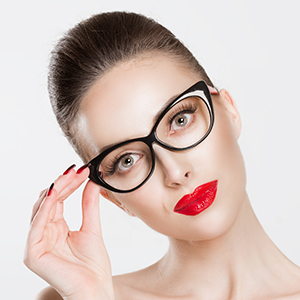 Marilyn Monroe. Need we say more? Her character in How to Marry a Millionaire wore black and white statement cat-eye glasses with gowns, minks and her signature beauty mark—proving once and for all that the right glasses can go with anything.

The symbolic eyes of Doctor T.J. Eckleburg in The Great Gatsby—perhaps the greatest American novel—watch over the residents of East and West Egg in this metaphor for what the American Dream means—and costs.

Is there anyone cooler than Peter Parker AKA Spiderman? (Shh—you didn’t hear it from us!) In the 2002 film version of the famed Stan Lee comic, Toby Maguire donns glasses as the unassuming Peter Parker… that is, until he’s bit by a radioactive spider!

She can’t see without her glasses! Velma Dinkley first appeared in the Scooby Doo series in 1969, and you would think she would have learned how to hold on to her glasses since then!

Think about it: have you ever seen Clark Kent and Superman in the same room? Who knew disguising yourself was as simple as a suit and some classy frames? Clark Kent, certainly. The day-to day Superman portrayed in numerous film and TV adaptations throws people off his tracks with a pair of thick-rimmed, square glasses. 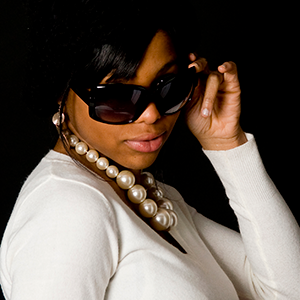 Does it get more glamorous than Audrey Hepburn in Breakfast at Tiffany’s? Prescription sunnies or not, her oversized sunglasses in the 1961 film based on Truman Capote’s 1958 novella of the same name have created a gorgeous, lasting image of her; pastry in hand, decked out in jewelry and a little black dress. 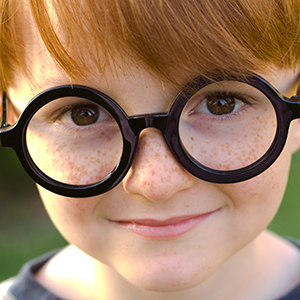 “The boy who lived” had seven books and eight films made about his life with glasses… okay, so maybe it wasn’t exclusively about glasses but the simple, circular frames sat underneath the lightning bolt-shaped scar are recognizable the world over. We’re still waiting for our Hogwarts letter!

New Special Report on Telemedicine: Everything You Need to Know

While eye care professionals saw a much stronger March 2021 compared to March 2020, on average the metrics are still lower than they were in March 2019, according to wave 21 of the Jobson Optical Research Coronavirus ECP survey.
Read more
News

A fact sheet issued by the White House in conjunction with President Joseph R. Biden’s prime time address notes that his administration will expand the pool of qualified professionals able to administer shots.
Read more
- Advertisment -