Home Newsmakers AOA Young Optometrist of the Year: A Go-getter From the Start
Newsmakers 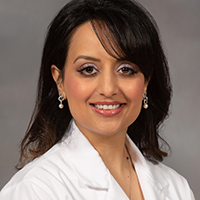 Roya Attar, OD, MBA, FAAO, has had a somewhat unconventional path to her success. She took some time between achieving her undergraduate degree and going to optometry school to start her family. As a member of the inaugural class at UIW Rosenberg School of Optometry, she found that the downside of being the first OD students on campus was a lack of student groups and activities—so she got to work. On top of her time spent cultivating a campus community, she willingly pushed herself to excel in her schoolwork. “Initially, I thought having a family would be an issue,” she said, “but it was a big motivator. If you’re going to be away from your family, make it count.”

Between her go-getter attitude and impressive academic work, Dr. Attar caught the attention of colleagues and mentors. Following her graduation, she began working at University of Pikeville – Kentucky College of Optometry. She found great pleasure in working in academic administration, as she had recently experienced life as a student. “I was able to anticipate what the needs of the students would be, and was able to resolve them before they became an issue.”

After having experienced academia, she began to search for opportunities that allowed her to practice and be at a medical college. “I like to be challenged,” Dr. Attar says. “I have time to get involved in research, and students keep you on your toes. You have to be operating at the highest level.” Serendipitously, Dr. Attar found an opening at University of Mississippi Medical Center and became the first optometrist to work there, joining their team that had previously only had ophthalmologists.

Dr. Attar focuses her time building lasting relationships with her students. “We have about 10 residents who are in our program, and it’s nice to have an impact on the future of our students.” 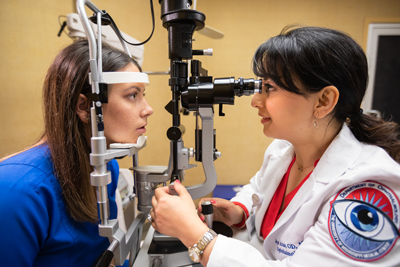 On the forefront of everyone’s mind is the COVID-19 pandemic. Despite pushing back the AOA awards ceremony and drastically altering the way that Dr. Attar and her colleagues teach and serve their patients, she finds the positive. From being able to catch up on administrative work to residency requirements, she feels their department has—and will continue to—come out ahead. “The way I choose to look at it is that it’s an opportunity to thrive in the future.”

Women In The News – May

Women In Optometry regularly recognizes the accomplishments of women ODs in the profession and in their communities. Have you stepped into a new leadership role...
Read more
New

“I always emphasize and explain the importance of the 20-20-20 rule to my patients, especially after the pandemic. I talk to anyone, who spends...
Read more
- Advertisment -

Optometrist by Day, Painter by Night