Home Newsmakers Making a Difference in the Profession
Newsmakers

Making a Difference in the Profession 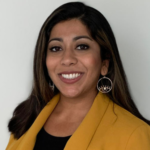 She got into the NCOS leadership program in 2019 when the program reached out to her, asking her and Darryl Glover, OD, to apply. “We did that together, and it was amazing,” she says. “It really opened my eyes to the degree of legislation in optometry. Legislators decide how we can practice.” That same year, Dr. Whitesell attended a day for ODs all over the state of North Carolina to meet legislators. Jamie Casper, OD, became a friend and mentor to Dr. Whitesell, teaching her about how to speak to legislators about optometry. Later that year, Dr. Whitesell became president of her local optometric society.

In her district, she serves approximately 70 optometrists by assisting them when they reach out with needs and by organizing continuing education once a month. “It’s been a great learning experience for me, too,” she says. Another mentor and president of the NCOS, Rachael Wruble, OD, nominated Dr. Whitesell to be the North Carolina trustee for the state. “That means I’m in charge of overseeing that every legislator in the state has an optometrist as a key person. That means we need every legislator to have an OD who they can talk to or know personally,” she says. She notes the importance of the personal connection with legislators. “Our profession is legislative whether we like it or not,” she says on trying to push the profession forward. “If we want to increase our scope of practice we have to get to know our legislators.”

HELP ME HELP YOU

An uphill battle faced by Dr. Whitesell and her colleagues is motivating people to get involved. “I’m trying to get as many young ODs involved as I can,” she says. “I’m trying to reach out through Instagram @mrsindianeyedoc and email to really let them know why it’s so important.” Dr. Whitesell even started an optometry-dedicated Instagram to connect with ODs and inspire them to get involved. “It’s our future,” she says. “If we’re not careful big corporate companies are going to gobble us up.”

FIGHTING FOR THE FUTURE

Dr. Whitesell also serves as a grassroots organizer for optometry legislation groups. The current scope bill is for laser surgery in optometry. “About five states have passed a laser surgery scope bill,” she says. “Lots of other states are waiting, but North Carolina is a strong medical optometry state, and a lot of MDs have been pushing back against us. They know if North Carolina gets it, then other states will, too.” What’s the strategy? “The main way to get that bill passed is by letting everyone know that optometry is here to stay. It’s a great profession, and patients need us and we are able to do so much,” she says. “We are excited and hopeful.”

For ODs who are interested in getting involved in their state’s legislative activism, Dr. Whitesell first suggests applying for the state’s leadership program. “Find a mentor or an optometrist who is interested and ask questions. They will be more than willing to help and guide you in any way.” She also urges those passionate ODs to attend their state’s legislative days. “You can have your mentor go with you or shadow someone who has been doing it for years so you are not alone,” she says. “That’s what I did, and I’m so thankful I had someone with me. I didn’t know what to say at first, but the legislators are human just like us. They are here for us. We voted for them, and they are here to serve us.”

Incorporating Nutrition and Supplementation into the Patient Conversation

Add Nutrition to the Conversation