Micro School Concept Relieves the Stress for One OD’s Employees

Employees' kids can learn together in "EyePod," relieving parents and their co-workers of the "what if" worries 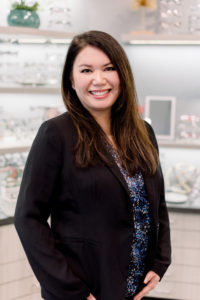 Let’s face it; this is an uneasy time for everyone—from students and children whose lives have been completely disrupted to working parents trying to figure out how to maintain balance. Lena Walker, OD, was coming to the New Normal from two perspectives: a parent and a practice owner. “I could tell when we reopened in May that my employees were stressed about reopening and new protocols, but they were also visibly stressed about schooling their kids at home,” she says. “There started to be so much angst in the community when the schools didn’t have a plan.” Dr. Walker’s area of Oregon has since decided that students will do at-home schooling until at least November.

When that announcement came out, Dr. Walker found out that a number of her staff members were considering quitting or asking for reduced hours. Considering the time, resources and money that go into HR processes and hiring and her deep appreciation and fondness for her current staff, Dr. Walker began seeking a solution.

Since many of her patients are teachers and past and present administrators, Dr. Walker began asking around for a way to relieve her staff and their families. A former superintendent told her about an idea floating around the education world called “micro schools,” a small group of students and a teacher who meet outside of the actual school. “It sounded like a great idea for the [staff’s] children to be together, since they’re all pretty close in age—first through fourth grade,” she says. “I thought it was a feasible plan, but I had to figure out where to do it offsite.” What she found was a staff member’s property halfway between her two practice locations, inside a 100-year-old farm. Thus, the “EyePod” was born.

“We all met up there a week ago,” she says. “We brought in the teacher and hashed out what she would require of kids and the parents, as well as her teaching style and history.” The plans also included the mask policy for the kids. The teacher would stress the importance and the students would do their best to keep them on all day. When everyone agreed on these fundamentals, they were comfortable moving forward. The relief was palpable. “The idea was born out of desperation,” says Dr. Walker. “We need the staff to be safe and that includes their children.” Noting that other options might be to send their kids to a daycare where there wouldn’t be teaching and also exposure to other families, this was the most optimal solution.

Once these factors were decided, the question of finances and logistics remained. “At first I thought it would be reasonable to hire [the teacher] as an employee, but it was complicated having an off-site area and needing to get it insured. It became more and more complicated.” Instead, Dr. Walker decided to give every employee an education/child care monthly reimbursement. This way, people with infants, adult children or no children can still access the money for continued education or something similar, and those who chose to participate in the micro school pod could use the money toward that service. Dr. Walker did the math on what her staff was paying for after-school care, summer care and what teachers make to find a number she could offer to every employee. “From the business aspect, it made the most sense.”

Dr. Walker stresses that she knows this kind of solution isn’t going to be realistic for all practices. “I’m sharing it with people as an option,” she says on posting about the micro school pod on the Facebook group OD Divas. If someone were to consider a similar idea, Dr. Walker suggests their first thoughts be their location and the demand for work from out-of-work teachers.

When it comes to the reaction from her staff, Dr. Walker couldn’t be more pleased. “The staff is breathing a sigh of relief,” she says, noting she’s received positive feedback she’s gotten on solving one of their most pressing family issues. “Even the people who aren’t participating are relieved because of the amount of stress relieved from the office.” To Dr. Walker, happy employees lead to a better workplace. “I want them to be able to give it their best and then be able to enjoy their family time.”

You Received Your PPP Check. Now What?