Home Newsmakers The Importance of "Please" and "Thank You"
Newsmakers

The Importance of “Please” and “Thank You”

OD values asking for what you want and leading with gratitude 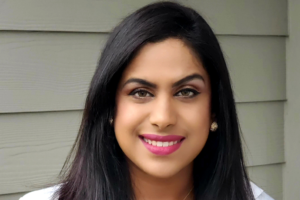 Riya Paranthan, OD, recalls that she was recruited by National Vision Inc. shortly after her 2014 graduation from Salus University – Pennsylvania College of Optometry. With her soon-to-be husband working in British Columbia, she made a bold suggestion to her new employer that would put her near the U.S.-Canadian border. “Although the notion seemed high handed at the time, I wanted to see if I could get the company to consider opening a clinic across the border in Bellingham, Washington.” With the idea in mind, she approached the company’s vice president and pitched the idea: an America’s Best location in Bellingham, Washington, where she would work. Within a year, her vision was reality, and the store was up and running. For three years she worked with the new store; at that point, she also became an ambassador for National Vision. It was a great opportunity that suited her well for about five years. 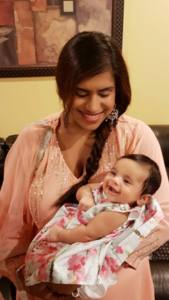 In 2018, Dr. Paranthan and her husband were expecting their first child… right as she was offered a job at Northwest Eye Surgeons, an ophthalmology practice that would allow her to provide significantly more medical services. “At the time I imagined this would be my dream job, however, the timing was unfortunate,” she says. “I have always believed in transparency, and therefore declined the job with full disclosure. The honesty proved to be worthwhile to the hiring team, and they told me to contact them once I was ready to enter the workforce again,” she says.

As Dr. Paranthan became a new mother, she found herself facing what so many ODs who serve double duty as a parent and practitioner face—the intricacies of finding a work/life balance. “I had considered myself to be an ambitious, career-oriented individual all my life. While that is still the case, after spending about three months with my new baby, I knew that I wanted to maximize my time with her. I understood that this decision was simply mine to make,” says Dr. Paranthan. 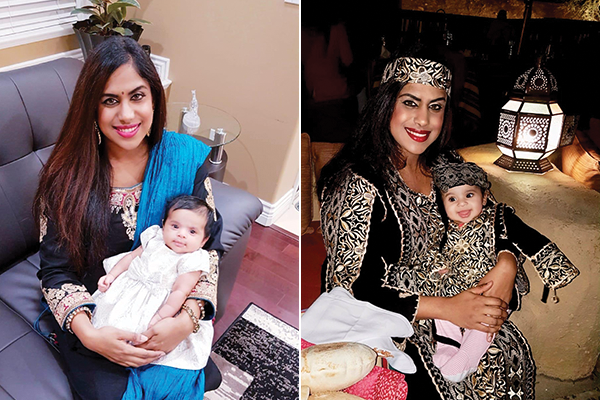 When she was ready to work again, she took a part time position at Bellingham Family Eye Clinic. Although the owner was interested in a full-time position, she opted for full disclosure. She wasn’t ready to return to work full-time, but she could promise her commitment to the practice. They came to terms, and she’s delighted. She is able to practice full-scope optometry, and she has a strong connection with the ophthalmology group still, if referrals are necessary. “We do everything from glaucoma to macular degeneration to orthokeratology.”

Through the madness of the pandemic, the practice closed for almost two months before it was able to serve patients for medical procedures only for the first month. By the second month of having reopened, the doctors and staff were able to get back to routine patients.

Now the two are discussing the next phase of her professional development. Her colleague and practice owner, Glenn D. Green, OD, has been in the practice for 30 years and is considering retiring. “His hope is that I’ll take over, but it’s huge shoes to fill.” One of her hesitations is that she was not as well versed in business training as she felt she ought to be for private practice ownership. But he’s guiding her. “I’m learning first hand.”

Her own career arc so far provides a valuable lesson to younger ODs: don’t burn any bridges and always be networking, a spin on the traditional sales mantra of “always be closing.” Dr. Paranthan found a great fit with National Vision Inc. and speaks highly of the company to this day. “I think it’s a wonderful company that has been very fair to the doctors during COVID-19. I still have conversations with them.” When she left, she wanted to thank the company for its support. “Not only did I resign with my supervisor, but I thanked the VP of the company. [Thank someone] every time you make an exit,” she advises.

As for networking, she encourages her colleagues to simply ask for what they want. “When I was an undergrad, there were research centers and I’d ask the researchers, “Can I work with you?” I didn’t even have a bachelor’s degree, yet we’d publish papers together,” she says. She presented her first paper at an Association for Research in Vision and Ophthalmology meeting before she had completed her undergrad career.

Know what you want, she says, and start planning on how to get there.

Dr. Riya Paranthan has little hesitation about being willing to ask for things and negotiate. “I believe it’s an important message to convey,” she says. “A book I read that made a huge impact was Lean In: Women, Work and the Will to Lead by Sheryl Sandberg. It has shaped my path in numerous ways in balancing the pull of motherhood and the conflicts of the workplace.”

Wine Selection of the Month: A Hall to Remember