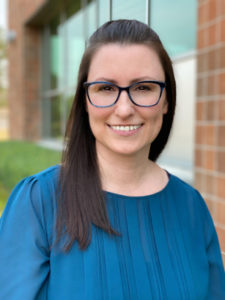 Carissa Dunphy, ABOC, FNAO, like many others in the industry, has quite a collection of eyewear. “I have a ton of glasses, but 95 percent of the time, I wear one pair because I love them so much,” she says of the Scott Harris eyewear she’s had for about a year now. “It made me wonder—do other opticians only wear one pair?” Eager to hear from the experiences of others, Dunphy says that she decided to make it a project.

She posed a question to a wide audience on Instagram and asked others to weigh in with a current photo in their favorite pair, tagging their posts with #myfavoriteglasses so she could see their responses. It’s been a great way for people to generate engagement on their own pages and contribute to the project, Dunphy adds. “I’m curious about what frames and lenses people are wearing.”

Dunphy has invited some members of the industry to participate via a message but others have organically contributed as the post made its way around Instagram. She’s had more than 50 submissions since the project began in May. The collaboration represents a variety of ages and has involved many individuals in the industry, from the manufacturing side of lenses and eyeglasses and sales reps to opticians and optometrists.

She also discovered she may be in the minority when it comes to favoring a pair. “Many opticians—who have the most glasses—private message me and say, ‘How am I supposed to choose one pair?’ I was surprised by that because my favorite pair is clearly defined, hands down, but it’s hard for some people to decide.”

The collection of responses to #myfavoriteglasses shows a wide variety of frames, she says, and no clearly defined niche. The frames showcase the wearer’s personality, Dunphy says, and they captured their individuality so well in several different environments, from in the office to outside or in the car. “That surprised me in a good way.”

It’s not too late to share your favorite pair! Dunphy invites others to participate in this ongoing project on Instagram and to use #myfavoriteglasses to contribute.

#myfavoriteglasses has also been featured via an online gallery with Invision magazine.

In the eyes of the employee, eye care professionals (ECPs) are expected to educate them on their vision insurance plan’s benefits—according to the 2022...
Read more
Corporate Affiliated

Philanthropic Giving an Element of Many Practices