OD Learns Four Life Lessons During Time in the Military 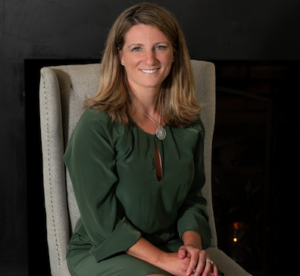 No matter one’s age, profession or way of life, most people can think back on a few life lessons they’ve learned and lived by. For one OD, a few of those lessons were learned during her time in the U.S. military—not as a fighter, but as a care provider.

Jill Saxon, OD, FAOO, spent eight years in the Navy before retiring as a lieutenant. She is now executive director of professional strategy at Bausch + Lomb. While her time serving the armed forces has come to an end, she continues to live by four key lessons she learned in the Navy, and shares why spreading your knowledge is so important.

“Your job in the military is to support those around you,” Dr. Saxon says. She learned early during her service that everyone has a role to play in order for a team to be successful, no matter how new or young they are. “You are only as strong as your weakest member,” she says.

Whether preparing for a corporate presentation or seeing a patient, being prepared is key, Dr. Saxon says. She says it helps to think about a situation before you enter it, such as what could go right or wrong, how to debate and defend your ideas or how to help others that need it.

She references a quote by boxer Mike Tyson: “everyone’s got a plan until you get hit in the mouth.”

“In the military, you can plan, but life happens around you,” she says. She says it’s the same way in the industry; you can have a day perfectly scheduled, and the moment an eye emergency patient walks in, you’ve got to improvise. “Make changes on the fly, and you can be successful,” Dr. Saxon says. “Things will always get in your way—bumps and barriers—but improvise and make it work.”

Most of her time in the Navy was at Bethesda Naval Hospital in Bethesda, Maryland. She says she treated countless medivac patients from Germany, the Navy or the Marine Corps, and that she saw things that she only “read about.” “Experiencing things inside and outside of the surgical suite, and pre- and post-op, was fascinating,” she says.

However, it wasn’t just about seeing uncommon eye disease or injury—she found herself having to be the one to treat them. She says she graduated on a Sunday, and on Monday morning had a team of over 45 people waiting on her command for patient care. It was then that she learned the main goal of the first three lessons she had learned: being a prepared team player who knew how to improvise only counted if you could treat your patient and get the job done.

CONTINUING TO SERVE AND INSPIRE AT BAUSCH + LOMB

Dr. Saxon says her main decision to retire from the military was due to an opportunity to move back home to New Jersey. But at Bausch + Lomb, she doesn’t have to choose between business and giving back.

“Instead of being one-on-one with patients every day, I now have the opportunity to help thousands of optometrists help their patients and our country,” Dr. Saxon says. She continues to push herself to be a lifelong learner and consistently make a difference, and her skills learned from the military still apply every day.

“It’s our responsibility to prepare them. The next ODs will be more equipped than we ever were,” Dr. Saxon says, discussing improvements in technology and medical knowledge. She saw this concept in the military as new recruits followed in her footsteps, and the idea carries on in her life as an OD. “You can’t ever be completely prepared, but you can be ready for barriers and be agile. Move around them.”

“Optometry has changed, but everything does,” Dr. Saxon says. “The pathway for future optometry may evolve, but I’m confident we’re in great hands.”

Dr. Saxon never saw herself as an OD in the Armed Force—or as someone in corporate optometry– but says “saying yes” exposed her to a whole new world.

“Somebody once said to me, ‘just say yes and you’ll figure the rest out later,’” Dr. Saxon says. “It’s bold, but it’s how I now live. I said yes to the military, yes to private practice and yes to Bausch + Lomb. Find your own journey and learn from everything you can.” She says there are common misconceptions about roles associated with the military, but she learned first-hand all that goes into treating the Armed Forces and their families during her time as a military OD.

She recommends that everyone in the optometric industry take advantage of the fast-growing network of optometrists and industry professionals. “Talk, listen and learn from those before you,” she says. “You can open doors you didn’t even know where there as a way to advance your awareness and professional career.”

“Eye care is never routine,” she says. “Even at Bausch + Lomb I can push the limits of both what I know and don’t know. The challenges are the same. It’s all about the opportunity to do more.”

WO thanks all ODs who served and serve as a member of the Armed Forces for their service.

To listen to the WO podcast with Dr. Jill Saxon, click here.

While some aging patients are spry and quick to adapt to technological changes, many find that the rate of change is a bit overwhelming....
Read more
Corporate Affiliated

Faten Edris, OD, says that as a Persian immigrant, she’s always had to manage her family’s household while attending school. As one of the...
Read more
The McGee Group

It's hard to miss the core philosophy of Life is Good, particularly since it's right there in the company's name, branded across t-shirts, caps...
Read more
- Advertisment -

Faten Edris, OD, says that as a Persian immigrant, she’s always had to manage her family’s household while attending school. As one of the...
Read more
Load more