Home Polls COVID-19 Have You Feeling Stressed? You're Not Alone
Polls

COVID-19 Have You Feeling Stressed? You’re Not Alone

Feeling like COVID-19’s got you down? A recent Women In Optometry Pop-up Poll shows you’re not alone. The majority of respondents said that their mental health and stress level have been negatively impacted by months of this COVID-19 environment. Among the challenges they were asked to rate, 64 percent of respondents said that there mental health and stress level is somewhat worse now than pre-COVID. Another 19 percent said it was much worse now. Practice and business revenue has been impacted, as well, with 48 percent of respondents rating it somewhat worse than pre-COVID, and 15 percent said much worse.

Poll respondents stated that being in the office brought some of their greatest risk: either by seeing patients (47 percent) and interactions with staff/co-workers (9 percent). Another 29 percent felt their greatest exposure was when they were out interacting in the community in public locations including restaurants and the grocery store. 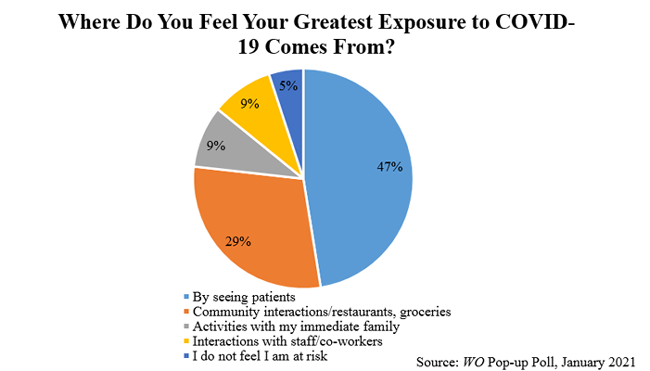 The impact of COVID-19 hits close to home for many poll participants, with 72 percent saying that they know people in their community who have tested positive or become sick and 42 percent had a staff member test positive. Respondents shared that a member of their family has tested positive (20 percent) and they suspect someone in their circle is/has been sick but have not had a test (15 percent). Just 4 percent stated that they personally were sick or tested positive. 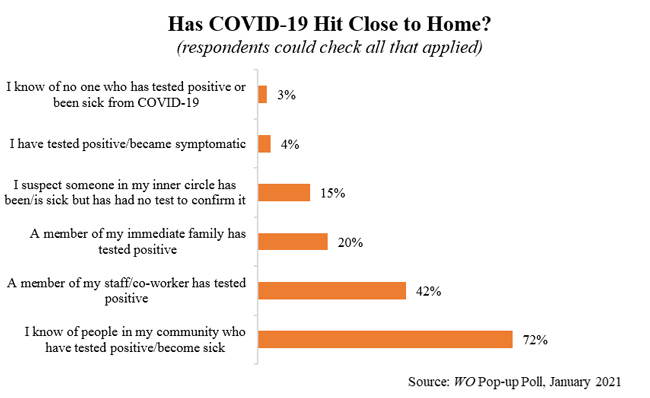 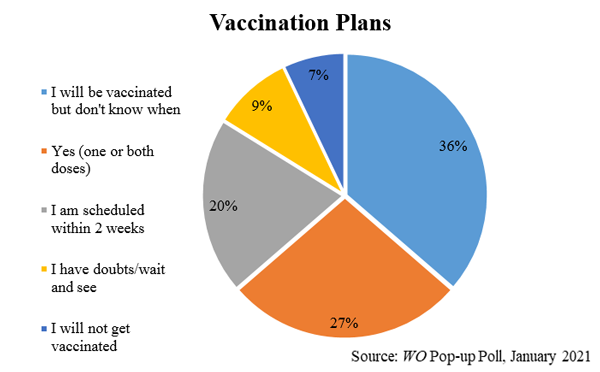 This poll represents a diverse group of both owners and employees: 41 percent owners, 45 percent employees and 13 percent work in roles as both. 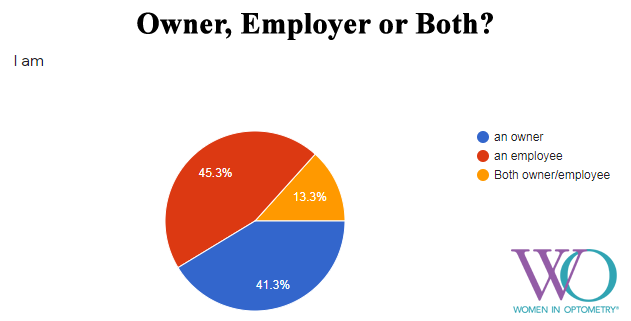 Pop-up Poll: Is it Time to Add a Scribe?