Hundreds of ODs Weigh In On COVID-19 Vaccine Experience

Eighty-eight percent of respondents to a recent Women In Optometry (WO) Pop-Up Poll have already received at least one of their two injections for the COVID-19 vaccine. More than 600 respondents participated in the poll, which found that nearly 60 percent had one dose from Moderna, and 21 percent had one dose from Pfizer. Just about 8 percent had received both doses of either vaccine. Six percent were planning to get the vaccine but had not yet, while another 6 percent are not planning to get it all.

The following charts take a closer look at responses from all respondents as well as segmented by women and men ODs. 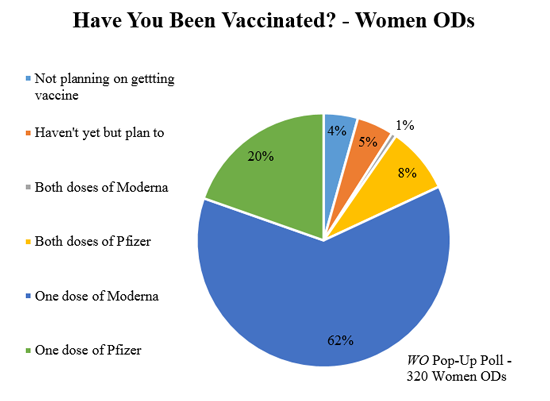 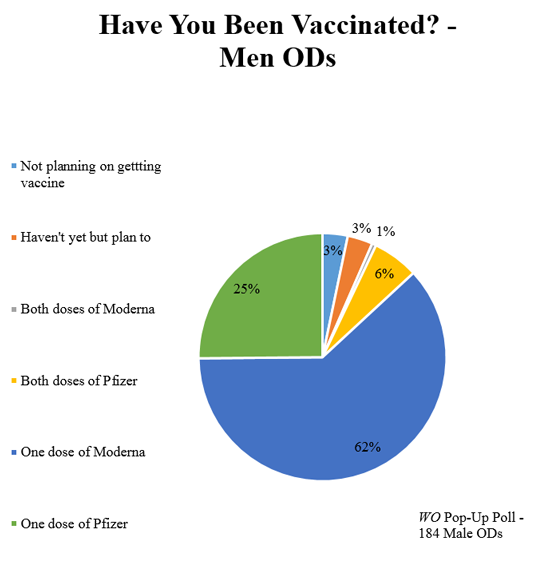 The poll asked participants about any side effects they experienced after receiving the vaccine. The most common side effect, as noted by more than half of respondents (408) was injection site soreness/swelling/itchiness/redness. Soreness that extended to their arm/shoulder/joints followed in most common (221), as well as fatigue/sluggishness (139) and headaches (105). Some individuals said there were no side effects (71) followed by a number of other side effects and reaction, as shown in the chart below. 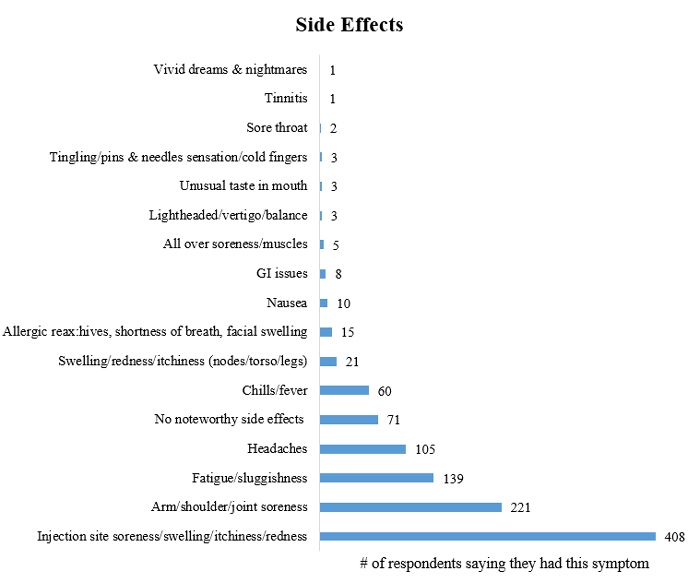 Respondents addressed how soon the worst side effects appeared after receiving the injection.