Home Polls POP-UP POLL: Having It All - RESULTS
Polls

POP-UP POLL: Having It All – RESULTS

Balancing work inside and outside of the workplace is a challenge for everyone. Is it harder for people with children? Specifically, is it harder for women with children? In an international study published by The Atlantic, the answer seems to be an overwhelming yes. In the U.S., only 43% of American women said that they felt that they can have a family without damaging their career prospects. Women in Japan were the most pessimistic, with only 17 percent saying they could have children without damaging career prospects, while the 74 percent of women in Brazil topped the scales.

Women In Optometry asked its readers this same question – and the results were interesting. In general, respondents agreed with the idea that women with children had compromised career expectations compared to men with children and compared to women without children. However, nearly 58 percent of them said this was not their personal experience. Even so, many more – nearly 72 percent – noted that their spouse did not compromise career for having children. 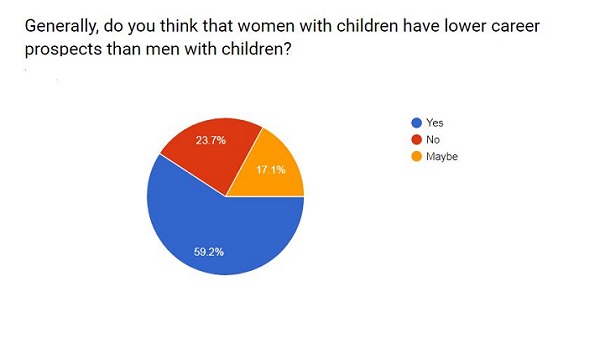 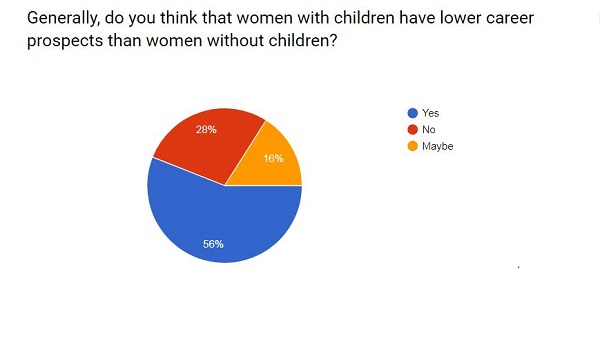 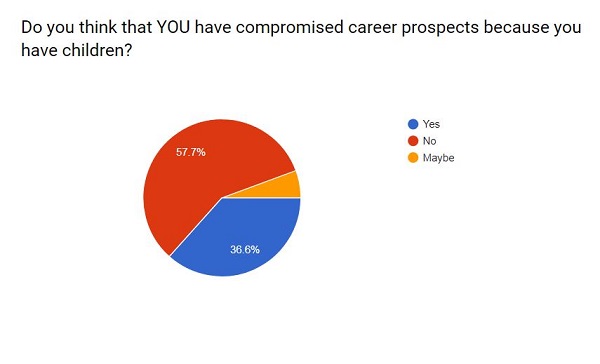 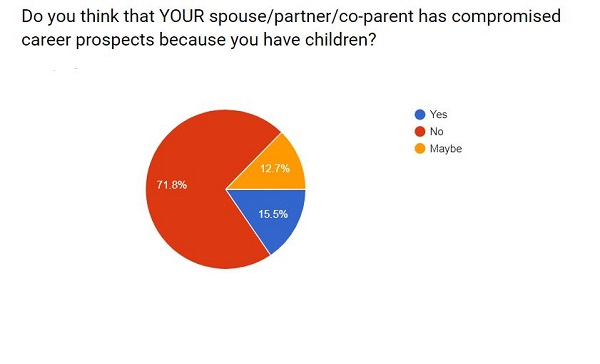 Looking just at the female ODs who are parents or primary caretakers of children, the numbers might indicate that optometry is family-friendly for optometrists. Of women ODs who are parents– 55 percent said that having children has not compromised career prospects. The 37 percent who said that it has were not asked to pass judgment on how those compromises played out or what they were.

However, the written responses they shared do provide some insights.

“You can have it all! However, you must be realistic. I have 2 kids, solo private practice (started from scratch 7 years ago), very active children (involved in least 2-3 sports activities per year). Also, I am very active in my community and church. However, I am realistic. I can’t cook dinner every day, the clothes may not get folded for over a week! My house maybe a “hot mess” until someone is coming to visit. I am “ok” with that! Also, my husband is a true partner. He jumps in and does what he has to do to keep the ball rolling. We have happy, smart well rounded children. As well as we are thriving in our careers. I mentor tons of young women, I encourage to have it all is you so desire. Just be realistic and have a support system.”

“Mom guilt got to be too much. I sold my shares in my practice and the buyout is allowing me to stay home a couple years. I plan to start another practice soon.”

“We have only one child which may have helped with regard to logistics between his activities/needs and those of my husband and me. However, we have no family nearby to help so we managed most all of it ourselves. Fortunately, I was able to bring my child to work if needed. He sat in my office and did homework or watched a movie. His best friend lived nearby and he would sleepover if my husband and I both had to travel for work. I was initially employed by my practice and am now half owner. I never had to miss any of my child’s activities save one in all of his childhood, so I feel neither area of my life was neglected or lessened as a result of the other.”

“I’m back living in the UK where even self-employed women receive pay during maternity leave. I was off only 8 weeks in 2015, and that is the least of anyone I know. I could have taken much longer off and still received statutory maternity pay. Most women take 6-9 months off with pay. I have one friend who took a year off, with only 12 weeks unpaid. Parental leave is 2-4 weeks with most companies. At age 3, you receive 20 hours free childcare in the UK. The U.K. is not a perfect country, but this aspect of life here along its medical insurance costs, make family life much easier at least in my experience. After moving countries for my step kids and having a baby at age 40, I realized I could not have it all like I was told all those years. But it’s ok. And I’m ok with not being a full-time career optometrist and not being an OD in America. My life is more complex and full of other fulfillments. And I would not have it any other way.”

WO Readers Show up at the Polls

Our recent WO Poll asked readers whether or not they were getting involved on election day—and ODs showed up. The poll was live throughout election...
Read more
Polls

Pop-Up Poll: Inclusivity in the Office

Showing Toes in the Office: A Divided Topic

Pop-up Poll: Do You Close for Lunch?