Home Polls Summers Are for Getting Outside
Polls 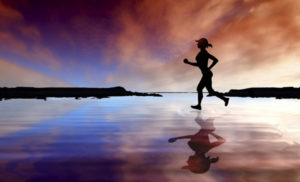 Go-to activities are generally focused on getting out there.

The hot summer weather seems a little less conducive to dry-land activities, such as biking (28 percent), running (22 percent) or going to the gym (17 percent).

More Than Half of Poll Respondents Bring Some Work Home

Many Predict Jump of More Than 10 Percent of Women ODs...