Home Polls Those Scrubs Are Getting to Be Quite Comfortable
Polls 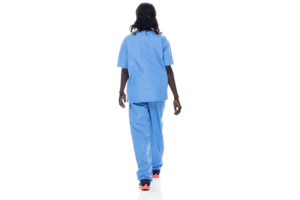 Although scrubs are not uniformly popular among the nearly 200 respondents to the Women In Optometry Pop-up Poll, only 7 percent of respondents said that they cannot wait to ditch the scrubs and return to their previous workwear. An additional 14 percent said that COVID protocols had them change their workwear for a time, but they’re back to the pre-COVID wear now. Some noted that how they dressed for work never really changed; a few had always worn scrubs.

But overwhelmingly, respondents seem to like the simplicity of scrubs and the whole routine that goes along with that. Forty-nine percent said that more people in the office wear scrubs now than did before the pandemic. And 41 percent responded, “I may never go back to pre-pandemic clothing.” 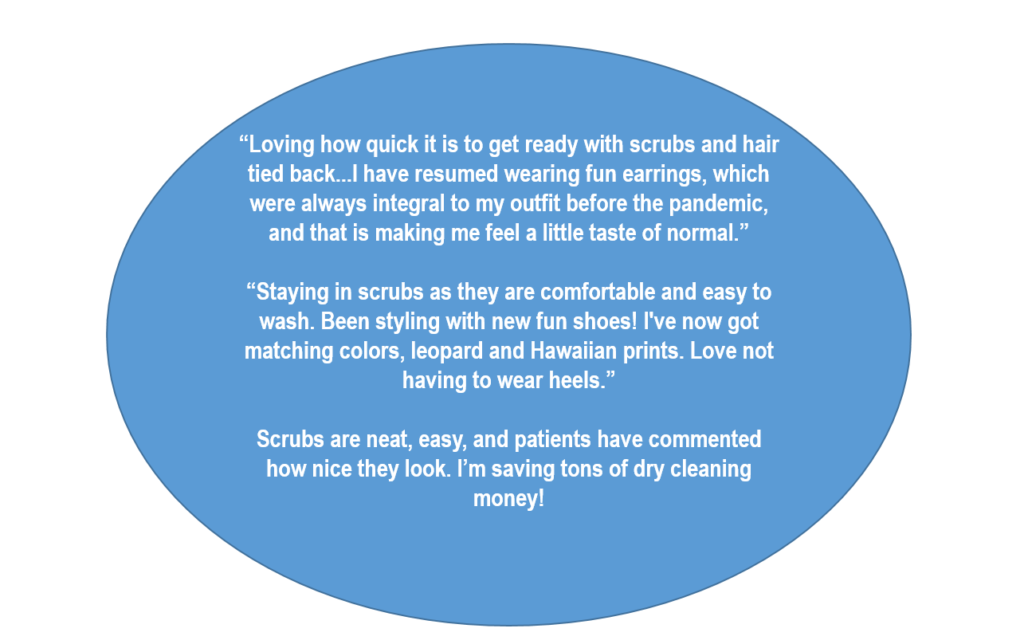 Nearly 81 percent of respondents said that they’re still wearing masks or face shields, noting that puts the emphasis on the eyes. While five percent of respondents say that they’re putting more emphasis on their personal appearance, some are appreciating the simplified routine. Twenty-five percent said that they like the new simplicity in hair styles, manicures and makeup routines. 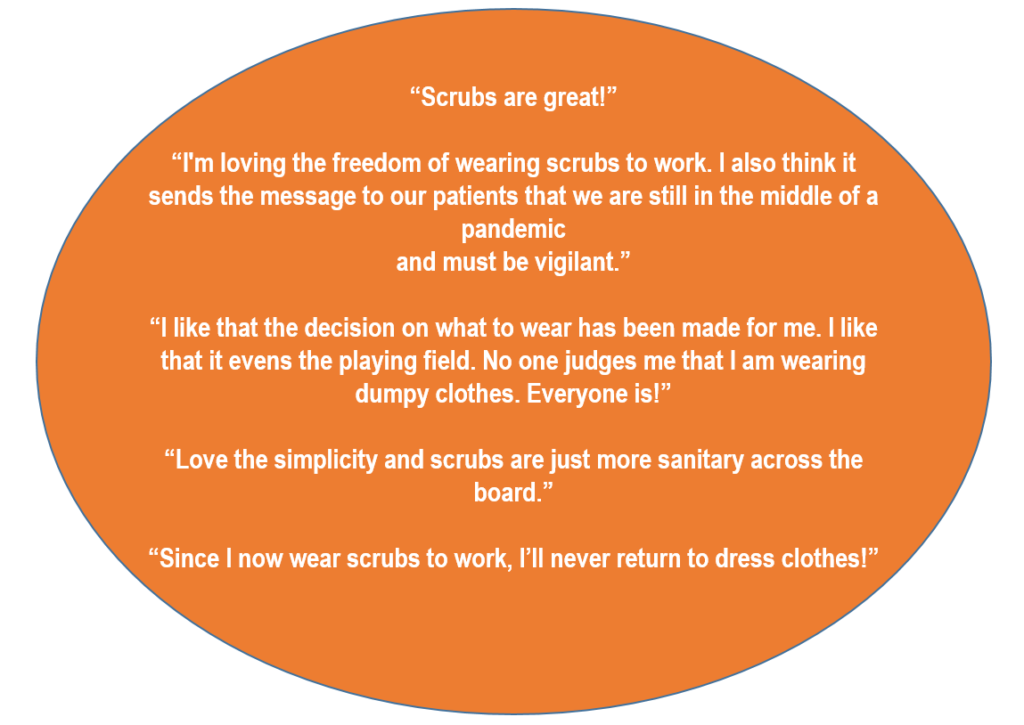 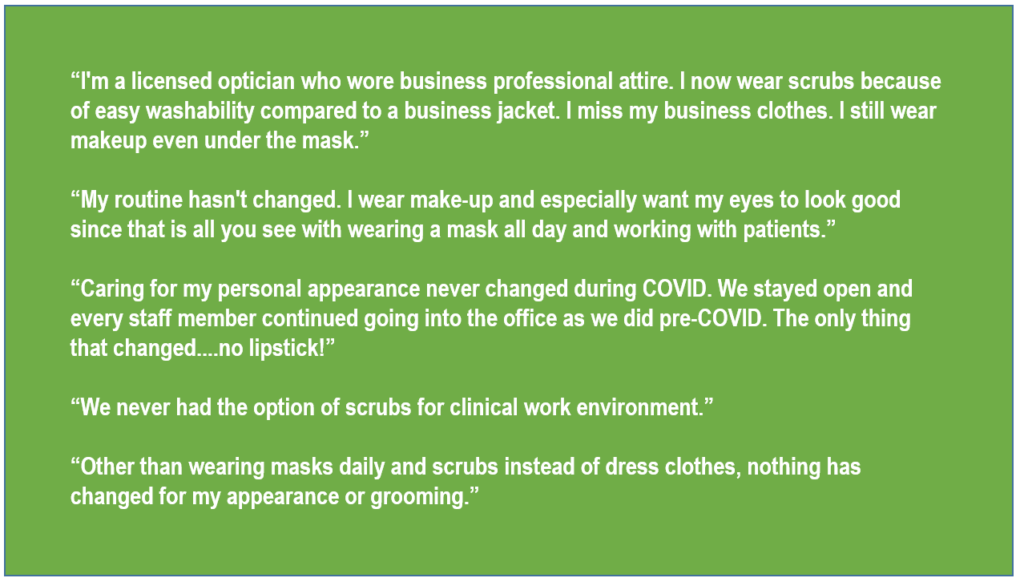 Nails, however, are getting less attention, with 41 percent of respondents saying their nails get no professional attention and 16 percent saying that they’ve maintained or picked up on their nail salon routines. A few commented that they don’t have the time for mani/pedis and several said they’re doing their nails at home. Only five percent said they haven’t been back to the salon and can’t wait to go.

Pop-up Poll: Enough About Others – What Do You Want?

Pop-up Poll: How Are You Keeping Staff Morale Up?