Trying to Put the Ho-Ho Into the Holidays

Gift-giving and parties, just like everything else in 2020, look different 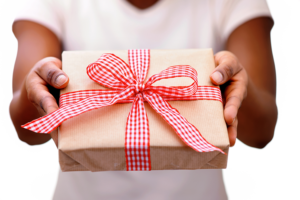 The value of the gifts vary on a number of factors. Some respondents also wrote in responses, such as the amount of the gift being equal to a week of pay and that it varies with employee longevity.

Not surprisingly, the office Christmas party concept is taking a hit this year. Forty percent of respondents said that their office would do gift cards instead of an office party. Another 28 percent said that they would likely still have a party, but they’d host it outside or somewhere they could ensure social distancing. And six percent said they’d have smaller, pop-up parties for different departments. Ordering a special take-out meal was also popular.

This year, Angela Tsai, OD, of Premier Eyecare in Fredericksburg, Virginia, brought the holiday sweater-wearing office team to a Christmas tree farm. “It was great because they were all able to socially distance and for those who didn’t want to do trees, they could shop for wreaths or gifts or just eat,” Dr. Tsai says. “Supporting local companies is important to me, and it was perfect. The farm had struggled this year since they couldn’t do any big social events so we provided a bit of revenue for them.”

Here are some of the other responses.

·       We typically hold a meeting and have the party afterward. This year our meeting will be semi virtual and then we’re catering lunch and sending everyone home for the afternoon with pay.

·       Eat separately and have a white elephant exchange

CLOSED FOR THE HOLIDAYS

To manage time off requests and the busy year-end schedule, 24 percent of respondents said that they are limiting vacation time requests during the holidays. At least one practice said that the doctors will not be taking time off to try to recoup some of the revenue lost earlier in the year, and that the vacation carryover policy will change to allow staff to carry over more days in 2021. 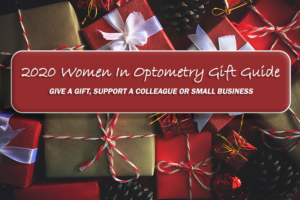 Still looking for gifts? Check out our 2020 Women In Optometry Gift Guide for ideas and suggestions!

Pop-Up Poll: How Has Your Workweek Changed?