Refresh your look without breaking the bank 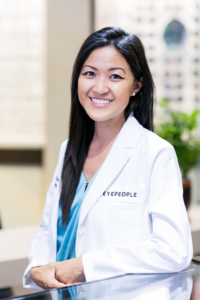 Jennifer Khem, OD, had a specific plan coming out of her 2014 graduation from UC Berkeley School of Optometry. She would gain some experience through her residency at the VA Hudson Valley in New York, and then she’d return to California to cold start her own practice. “That’s often the mindset in optometry school that you should start cold in order to make it what you want it to be,” she says. But after two cold start attempts fell through—with one going as far as signing the lease for a space—Dr. Khem says that she looked back to the drawing board at an option she hadn’t considered: purchasing an existing business.

It ended up being a perfect match for the saturated optometry market in the Los Angeles area. That location was one of her two requirements as she started her search; the second was that it was a high grossing practice of more than $1 million. Through her search, she heard of a doctor who was looking to retire. While his office was outdated, it had a strong foundation to build upon.

SMOOTHING THROUGH A TOUGH TRANSITION

Dr. Khem began the transfer of ownership in October 2017, and it was completed about six months later in March 2018. The toughest part of the process was that the retiring doctor left in March without giving any notice of the turnover to his patients, some of who had been with for a long time over his 40+ years in practice. “That was the biggest hurdle,” she says. “He had a very loyal following, and it was a big shock to them.”

Dr. Khem worked with the staff of 10 to prepare for the difficult conversations that would follow. They made sure the message with clearly communicated how to have a conversation with patients to help them through the transition and assure them that the former doctor trusted in Dr. Khem to take care of his patients.

Dr. Khem had a few updates in mind that would add her own style to the space and refresh the office. The quotes she received from contractors were way out of budget, so she took matters into her own hands and began renovating with local companies in the evenings. Since the office is located in a mall setting, there was no option to close and renovations had to be done after hours.

To spruce up the two exam rooms, Dr. Khem tore out the burgundy carpets and replaced with vinyl wood, a process that took about two nights to complete. She removed all of the extra clutter and knick knacks, leaving only the essentials. To add to the modern look, she also added faux plants to the rooms. She painted the walls, which had been a dark beige, to an off white, and she added new desks, chairs and an accent wall. “The wonder of flooring and paint makes a big difference in the look,” she says. 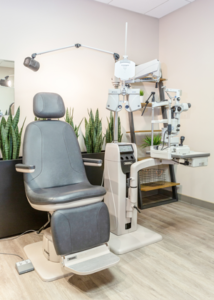 The quote she received to redo her cabinets in her contact lens storage room ranged from 10-15K. Dr. Khem’s husband decided that covering the cabinets—instead of replacing them—would be a more economical option. She purchased white contact paper for less than $200 and brightened up the room in the process. “I learned that you don’t have to spend an arm and a leg to make the office look nice, especially if it already has good bones.”

The renovations were completed in October 2019, and Dr. Khem also added some new technology with the office refresh. Automated phoropters are in both exam lanes, and she also brought in an auto refractor, keratometer, topographer and lensometer all in one that is seamlessly connected to her electronic health record system. The sMap 3D scleral topographer has allowed Dr. Khem to add specialty care services such as fitting customized sclerals.

Dr. Khem has added two associate ODs to the practice since she purchased it, and she looks forward to expanding her scleral lens fitting services as well as medical optometry care. In hindsight, Dr. Khem says that purchasing an established practice offered her the starting place she needed. “It was absolutely the best way to go,” she says. “It can be smarter to purchase, and you can still make it your own.” 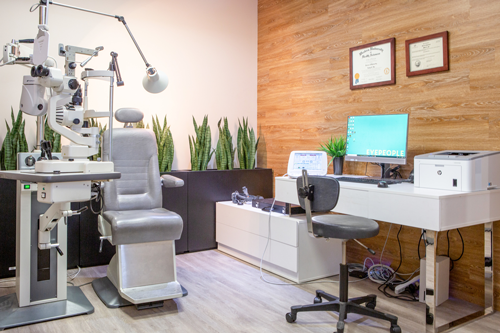 Their Practice, Their Way