Family Business Builds on a Legacy of Caring 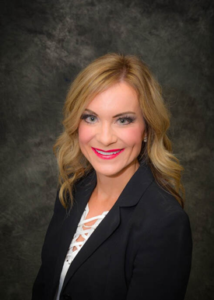 Eyesight is the family legacy for Jessica Fielding Zwanziger, OD. The Oklahoma native grew up watching her father, the late Jeffrey Fielding, OD, practice optometry in his private practice. His impact steered three out of four of the Fielding daughters into optometry themselves. When she was young, Dr. Zwanziger began working in her father’s practice in Cushing, Oklahoma, where she developed a passion for the profession and for helping others. She always knew she wanted to come back to her home town that she and her father were both raised in.  She became co-owner of the practice in 2010, and the pair renamed the practice Cushing Vision Center. 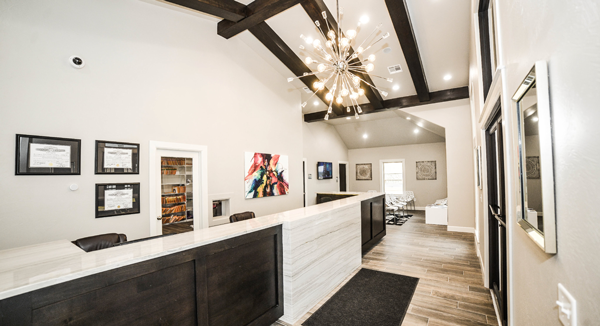 After her father’s passing, Dr. Zwanziger and her husband decided to build a brand new facility as she found herself outgrowing the old one. “In our previous office, I worked out of one exam room,” she says. “I did all the pretesting—visual fields, fundus photos, YAG capsulotomies, OCT and more—all out of this one room.” She had discussed the idea with her father before he passed away, and the couple decided to build the new location right next door as a way of reinforcing the continuity of the practice her father started more than 30 years earlier. 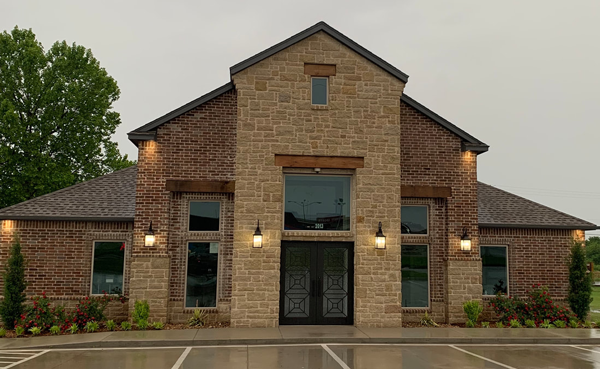 In the expanded new office, Dr. Zwanziger has been able to double her patient base, and her staff is able to do special testing in the designated spaces.

The office contains three active exam lanes, a room for the YAG laser and an exam room for cataract evaluations from surgeons in surrounding cities. Another addition that has proven to be a major help during the age of COVID-19 was a built-in upstairs space for the couple’s three daughters. “We felt it was a good investment, and it allows our children to be close and feel comfortable in the office,” she says. “It has become especially useful during the many weeks of virtual learning. I don’t know how we would have done it otherwise.” 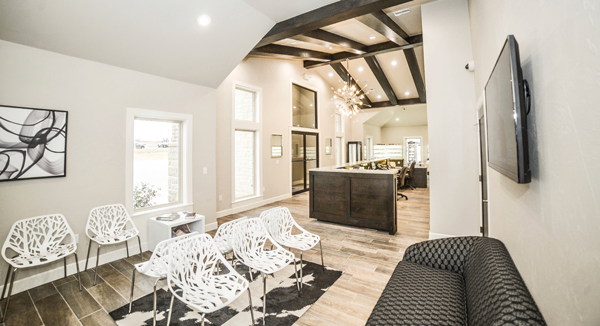 Every nook and cranny of the new office was designed by Dr. Zwanziger and her husband. Boasting a modern theme and reflecting Dr. Zwanziger’s passion for keeping up with the latest trends and styles, the doctors were “very particular” when it came to the design choices. When patients enter, they are greeted by a modern chandelier, a waterfall of quartzite making up the front desk and surrounded by inspirational music. In the waiting room, lots of black and white chairs in patterns fill the space.

When it came to finding frame boards for the optical, the couple designed them themselves. “Others have asked for our designs and built something similar after seeing them,” she says. “We are so happy with the way everything turned out and glad we put in the extra effort.” 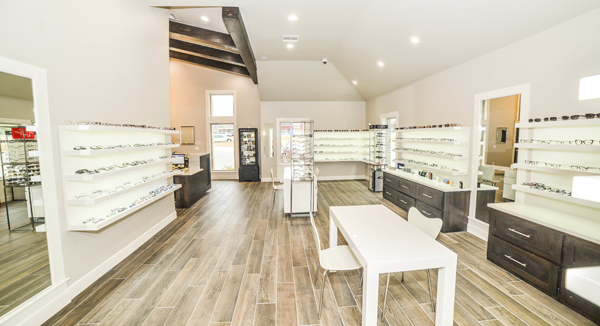 Dr. Zwanziger has seen a major morale boost for staff and patients alike. “I feel like I am able to give people a better experience,” she says. “Cushing is a rural community…I’m able to offer a modern high-end, stylish facility to the small town I was raised in.”

Dr. Zwanziger is proud of the foundation her father left behind. “My dad’s legacy has left us with a sense of trust from my patients,” she says. “I feel honored to provide my community with this facility… it allows me to love my job that much more.”

She feels her father would love it, as well. 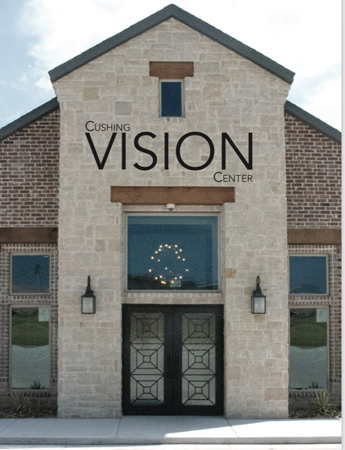 Make Yourself at Home

There’s truly no place like home, and no one knows this better than Sara Dawson, OD, who started her practice, Just Eyes Optometry, in her own home.
Read more
Practice Designs

Janelle Driedger, OD, says that one of the first questions that potential patients ask when they call View Pointe Vision + Style is if she is accepting new patients.
Read more
Practice Designs

Putting a Personal Touch on a Corporate Space