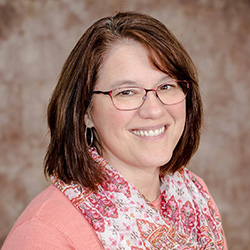 The week of July 11, 2022, Marianne McDaniel, OD, closed to relocate Mascoutah Eye Care from its original location to its new home just half a mile away. It was a move many years in the making: Dr. McDaniel says that she had been outgrowing the space in downtown Mascoutah, Illinois, for some time and wanted to add an associate but simply didn’t have the room. In 2021, she expanded her services to provide neurovisual medicine and the time had come to expand.

In the small town of just about 8,000 citizens the options were limited; there isn’t a surplus of office vacancies nor shopping centers on every corner. “I was watching and looking, and every time I thought there was an opportunity, it sold,” she says.

By spring of 2021, Dr. McDaniel made the decision to switch her search to an empty lot where she could build from the ground up. “It’s really scary and exciting, but I’m looking forward to having the space to do the things we want to do.” Thanks to Dr. McDaniel’s accountant and her business partner, it took just a few months to find the land to build on.

The process of acquiring building permits took longer than expected, and her crew broke ground in March 2022.

A STYLE OF HER OWN 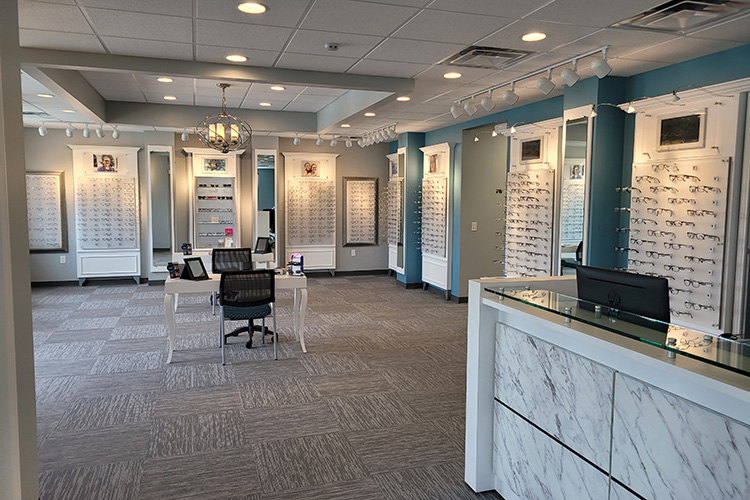 The move into the 4,200 square foot standalone space doubled her space and gave Dr. McDaniel the chance to design the office exactly as she envisioned. That wasn’t quite the case when she opened the practice in 2010. Then, she was working with a doctor who held a Lenscrafters lease; neither had plans to open a business. Then the leaseholder received notice that his lease would not be renewed, and they had 120 days to figure out a plan. 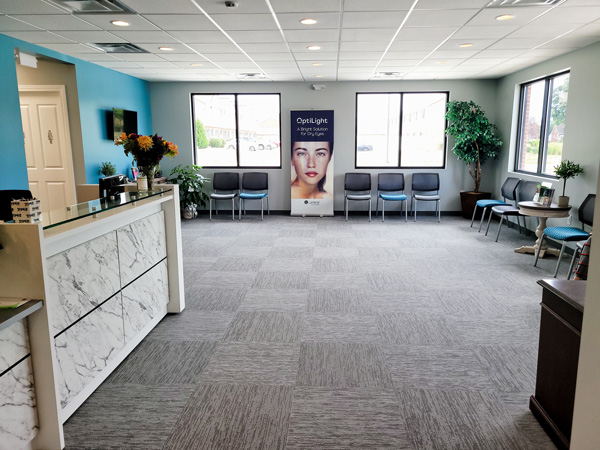 In 90 days, they found an office that didn’t need any work, pulled together whatever they could find and use to get up and running in the 100-year-old building. “The equipment is nice, but the wood doesn’t match,” she says, laughing. 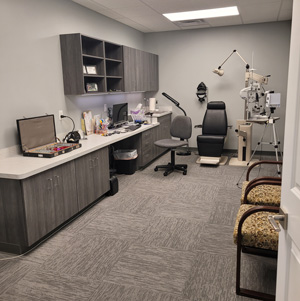 This time around, she worked with Eye Designs on her office layout as well as the building design. “I was impressed by the first idea my designer sent me,” she says. “I didn’t know exactly what I wanted, but it was like he was in my head.” The space is modern with white frame boards and accents in gray and teal.

The new space has three exam lanes, which are bigger than typically used at 20-feet deep. That amount of space is important for her work with neurovisual medicine and low vision patients who need to test their vision in a variety of ways. There’s also a long hallway for walking and testing prisms.

The office relocation offers great potential for McDaniel and her team to provide even better services for patients. And she knows what many patients are looking forward to with the move. “Patients ask, ‘Will you have a parking lot?’ and I think that they are most excited about that,” making it even more accessible and convenient to receive quality care in her office. 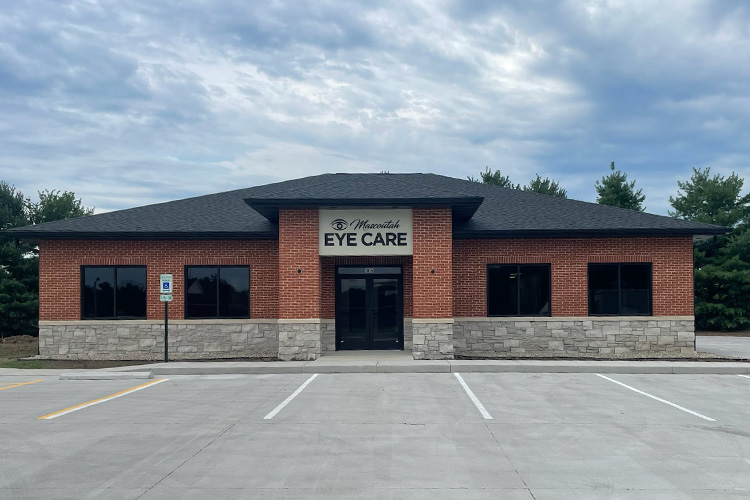 When the Right Opportunity Calls