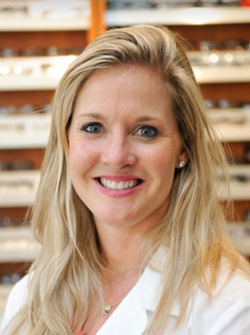 A New Yorker through and through, Jaclyn Benzoni, OD, MS, FAAO, graduated from SUNY School of Optometry in 2009 and remained there to do her residency in primary care. Following her residency, she also worked at SUNY for six months as well as Woodhull Medical and Mental Health Center in Brooklyn and a private practice in Harlem. After meeting her husband, she moved out to Long Island. She found their new home to be too long of a commute to the city, so she began looking at a private practice on Long Island—one that she would end up taking over in 2016. The practice, Merrick Family Eye Care, has an interesting ownership model. She and a colleague—Lori Landrio, OD—have different practices in the same space. They share a front desk, equipment, and optical and split the rent, but each her own staff.

Dr. Benzoni’s practice was previously owned by Terry Scheid, OD, who happened to be Dr. Benzoni’s professor in optometry school. Dr. Benzoni laughs, “I knew he had a practice on Long Island and in the back of my head I thought, ‘Wouldn’t it be funny if I ended up working there?’” While Dr. Benzoni kept in touch with Dr. Scheid, he ended up moving very shortly after the leadership transition. “It was easier in the sense that we just had to rip the bandage off.” Dr. Benzoni spent the first couple of years building her practice and patient base with great success.

WHAT NOT TO EXPECT WHEN YOU’RE EXPECTING 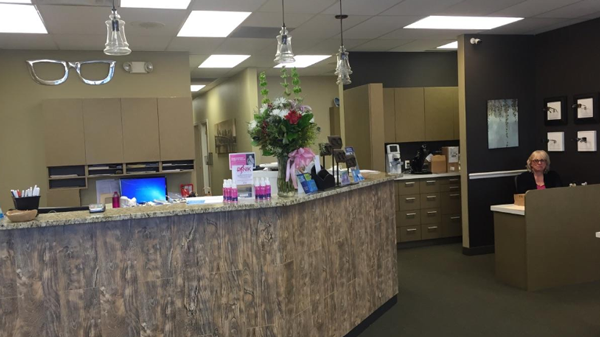 Almost two years into the new practice and now with a new baby at home, Dr. Benzoni was fully in the swing of things at Merrick when she got a phone call. The call came from an optician in Babylon, New York, who was retiring and asked if Dr. Benzoni wanted to buy the practice. She and her husband agreed it was a great opportunity, especially with efficiency improvements. The previous owner didn’t take any insurance and didn’t use computers. Immediately, Dr. Benzoni started accepting vision plans and implemented electronic health records, both of which were helpful in growing the practice. She expects to begin taking medical plans in the future. 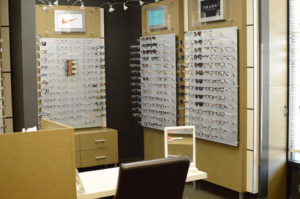 Dr. Benzoni doesn’t carry the weight of two practices alone, however. “I have three doctors who work for me—all fabulous females in their 30s. I also have the best and most dedicated staff,” she says. While she and another one of her ODs are both expecting, their rotating schedule allows them to have flexible time in place of a maternity leave. She splits her time between the two practices, as do some of her staff members. Her front desk, opticians and techs are able to work at either practice.

Juggling the schedules of the two practices can be the hardest part; back-to-back maternity leaves can be especially tricky. Complicating scheduling even more is the COVID-19 pandemic. “I am thankful to my staff members for their flexibility and dedication,” she says.

ALL IN THIS TOGETHER 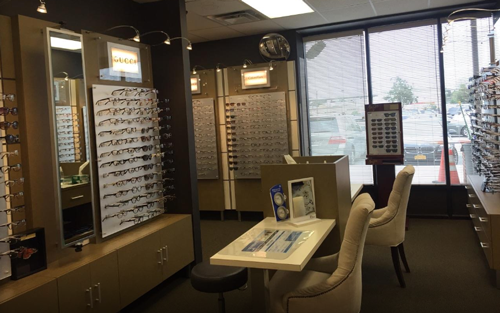 Like ODs all over the world, Dr. Benzoni’s world has been rocked by COVID-19. “We [in New York] have been an epicenter for quite a while,” she says. “On March 18th, I told my staff that we were going to be closing and remain only open for emergencies.” Dr. Benzoni staffed the facilities on her own, fielding all the calls and doing the behind-the-scenes work in the couple hours per day that her young daughter napped.

Dr. Benzoni and her staff were able to open two months to the day after closing, taking every precaution. “We had a big meeting before we opened,” she says. “I did my due diligence with six pages of guidelines. Everyone rose to the challenge. We’re doing the best we can.” As the world partially regains its footing during the pandemic, Dr. Benzoni finds comfort in the camaraderie of the experience. “We’re in this together.”

To any doctor considering taking on two or more practices, Dr. Benzoni recommends letting each practice thrive by maintaining its individual identity. “The biggest challenge is to continue to build on each practice’s unique character and what made them successful yet uniting them under the umbrella of one corporation.” She also encourages those doctors to take the leap of faith. “If you think you can and you have an inkling to do it, just do it. With hard work, the rest will work itself out,” she advises. 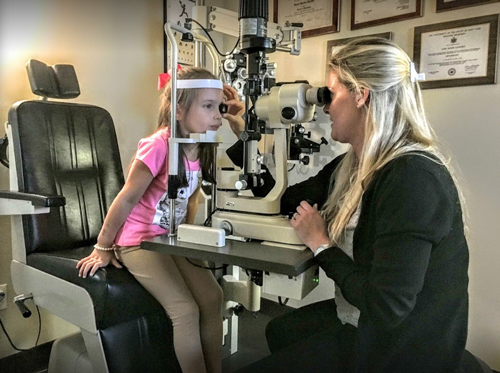 The Opportunity for an Office Overhaul