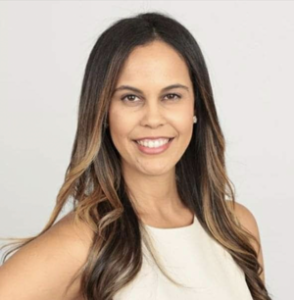 If you had asked me during my fourth year of optometry school where I would like to practice after graduation, my answer would have been in a multidisciplinary clinic with an emphasis in ocular disease. I’ve found this to be a very common answer among recent grads as it showcases the full breadth of our knowledge base, can be quite lucrative and feels more attainable than opening a private practice given our student debt.

I was fortunate enough to do just that. My first job after graduating was at a solo practice with an MD who specialized in oculoplastics but saw a myriad of patients. I took over most of the non-surgical patients and managed glaucoma, macular degeneration, vein occlusions, anterior segment disease, trauma—you name it, I saw it. Initially I begrudgingly took on post-operative patients. The common misconception is that post-op care is mundane and routine, which in retrospect is not a bad thing as it means all went well with the surgery.

As I quickly realized even a routine case required intricate knowledge of ocular anatomy. I remember looking at my first day 1 cataract post-op patient and truly appreciating the layers of the cornea in examining the incision or clearly appreciating cells in the anterior chamber. These quickly became some of the most rewarding experiences I had in clinic.

I recall one patient in particular. She was a woman in her late 50s with a severe hearing deficit, and her advanced cataracts had rendered her unable to care for herself. She was terrified at the prospect of losing her sight permanently as she was also very nearsighted. Refracting her at her one month post-op proved to be challenging. We developed a system for refining her retinoscopy findings with refraction where she would tap my shoulder once if she preferred the first option and twice if she preferred the second. I will never forget the feeling of putting the trial frame on her and seeing the tears of joy streaming down her face. She said she had her life back and it was because of us. At the moment my perspective of refractive surgery shifted, and I knew this was what I wanted to pursue.

I relocated from Connecticut to Orlando, Florida, and was fortunate enough to continue my career at a reputable boutique refractive surgery practice. I saw a broad spectrum of patients. Some were straightforward young myopes who simply wanted Lasik to free them from eyeglasses; others were post-RK patients seeking topography guided treatments.

In doing research on how best to manage these patients I quickly came to the realization that there is no clear path for a career in a corneal refractive surgery practice for an optometrist. I was fortunate to have learned a few basics at school and throughout my externship rotations, but for the most part I learned on the job, thanks to my MD colleagues. I also reached out to the few ODs I knew in the field. Some were more receptive than others but the feedback was the same, everything they had learned they picked up on the job and from being at the right place at the right time.

At that moment I began putting together a compilation of clinical pearls in the event we added a second OD to the practice. This, however, proved to be a daunting task. There were a few landmark studies and some literature, but these were more challenging to come by than, say, a Hayreh article or studies surrounding ocular disease. Needless to say I was thrilled when I learned of the Collaborative Care Section of the Refractive Surgery Alliance (RSA). It was a forum where colleagues (both OD and MD) practicing at world-renowned refractive surgery practices and academia came together to share ideas and standardize a career path for an OD in a refractive surgery practice.

Looking forward, my hope is that the certification program that will soon be offered to all students and practitioners alike will help future ODs solidify their knowledge base in this specialty. My goal is to share my experiences and use what I have learned to help future generations of ODs like me find a career path in refractive surgery.

By Lauretta Justin, OD, Founder and CEO of Optometry Divas This holiday season, you’ll gather around the table and tell your friends and family that...
Read more
- Advertisment -

In the Business of Building Relationships