Many Small Actions Make a Big Impact Over Time

OD always found a way to be involved, whether locally, through the state, her alma mater and beyond 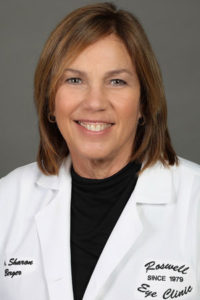 So many changes have occurred in the profession since she graduated in 1980; the use of dilation drops had just passed legislatively and prescription drops were not allowed to be used by optometrists when she started. She’s proud of contributing to these legislative changes made over the decades.

After her 1980 graduation from SCO, Dr. Berger joined her husband Billy Moscow, OD, at Roswell Eye Clinic, the practice he opened after his own SCO graduation in 1978. Roswell Eye Clinic has evolved in many ways since it started with just the two of them as doctors, two exam rooms and in a small section of the Roswell Professional Plaza. Today, the office has six practicing ODs, occupies 80 percent of the building and has nine exam lanes to better serve its patients.

Two of the practice’s doctors include their son and daughter, Scott Moscow, OD, and Michelle Moscow, OD. Her children spent a lot of time in the office when they were younger and daycare was difficult, and by the time they were pre-teens they were helping file and doing little jobs throughout the office. Her long-time staff members, who have fond memories of them as children in the office, have become their colleagues. “My daughter says that she would listen to our stories every day, and it seemed we had a good quality of life and we were doing what we enjoyed,” Dr. Berger says. Their positive experiences led them to choose optometry for careers, as well.

Dr. Berger is particularly thankful to her late mother-in-law Estelle Moscow for the role she played as the practice grew. “She was our first real employee—she sat at the front desk and booked the appointments,  was our bookkeeper, selected frames in optical and handled our mail until she passed away in 2004,” she says. “She always worked with us, and she definitely completed our family business.”

Dr. Berger became interested in vision therapy (VT) early on when she worked in an optometry office after high school. Her employer, Michael Margaretten, OD,  specialized in VT. “He gave me books to read, I went to seminars with him and I read a lot of optometric extension papers,” she recalls. “I was educated on VT early on before optometry school. I am so grateful to Dr. Margaretten for my early education into optometry.”

At Roswell Eye Clinic, she started small. “I would come across someone who had trouble focusing or a binocular vision problem, and I realized there weren’t a lot of people doing VT in my area. I needed to buy some equipment to help these patients.” She dedicated a room in the office—about 8 by 10 feet to this specialty care—and she received her fellowship in COVD in 1983. That space has been remodeled and expanded many times over the years to accommodate this growing segment of the business, which is now spearheaded by two of their doctors, including Dr. Michelle Moscow.

The practice can now offer an even wider scope of service with a large team of doctors. For example, Dr. Billy Moscow continues a focus on scleral lenses and keratoconus patients, and Dr. Scott Moscow deals with the medical side covering everything from injections, glaucoma treatment and following cases of macular degeneration retinal problems. The other doctors bring their own passions and specialty services to the table, as well. 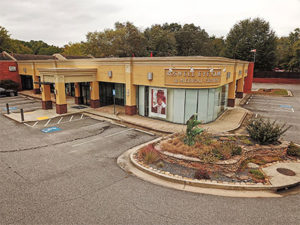 Dr. Berger’s role with the business has now shifted away from clinical care to paying attention to the many important details behind the scenes of the business. She consults with  the VT department, reviewing cases and findings when they need a second opinion, and she handles the details that may arise to keep the office running smoothly for staff and patients.

She enjoys running into her long-time patients when she’s in the office. “The part I truly miss is the people who I examined and have gotten to know over 40 years—their work, their children and their hobbies. You really build some wonderful relationships with your patients,” Dr. Berger says. “That’s the most important thing about seeing patients, and knowing the details of who they are makes it easier for you to do your best for them. I’ve been through good and bad times in their lives over decades, it’s a meaningful relationship.”

Even though she was busy as a mom and clinician, Dr. Berger says that she always made herself available to help. “If you don’t have time to be president, you can be on a committee.” Dr. Berger recalls years ago stepping up to pick up the then current AOA president Joe Ellis, OD, when he flew in to visit the state capitol and speak with local legislators about passing a law related to  requiring eye exams for students. With other projects, she took on what she could manage: organizing equipment donations, making phone calls to coordinate for GOA-PAC rewriting bylaws, fundraising and more. “You do what needs to be done. Success is built on all of those little things being done, and those little things add up over the long haul.”

In the eyes of the employee, eye care professionals (ECPs) are expected to educate them on their vision insurance plan’s benefits—according to the 2022...
Read more
New

By Lauretta Justin, OD, Founder and CEO of Optometry Divas This Thanksgiving, you’ll gather around the table and tell your friends and family that you...
Read more
- Advertisment -

Faten Edris, OD, says that as a Persian immigrant, she’s always had to manage her family’s household while attending school. As one of the...
Read more

When Jonna Tobolski joined Midland Optical in Chicago, Illinois, in customer service about 18 years ago, she had no prior experience in this industry....
Read more
Load more

Bring on the Challenges