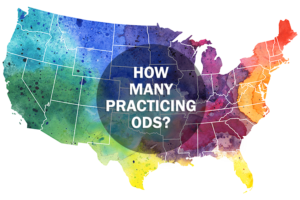 The 2021 Women In Optometry (WO) data collected in late January 2021 shows that women comprise 45.1 percent of the ODs practicing in the U.S., Puerto Rico and Guam, an increase from the 44.2 percent found in January 2020.

The percentage of women ODs increased in 38 states; states with smaller populations saw some of the most dramatic increases: Vermont with a 4.9 percent jump, Montana at 4.2 percent and Wyoming at 3.9 percent.

Women now represent more than 50 percent of the ODs in seven states, plus Puerto Rico and Washington, D.C. In 2020, women tipped the scales in five states plus Washington, D.C.

WO has been tracking the numbers since 2012 at the start of each year using healthgrades.com information for those ODs who provide their gender. While numbers vary by reporting agency and licensing board, and while there is likely some overlap from ODs who work in more than one state, the WO numbers are derived through a consistent methodology. 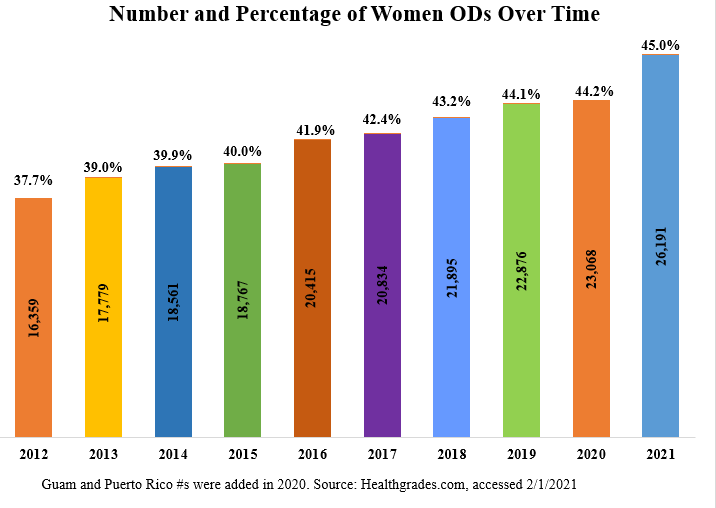 How Many ODs Are There?

Why is it so difficult to pinpoint precisely how many ODs there are in the U.S.? For one thing, people move in and out of the profession, and some work in multiple states and multiple locations. Here’s a look at the variation in numbers.

Do you have different numbers? WO searches continually on how to standardize the data presentation on numbers of OD in practice. In 2019 and 2020, WO noted 44 percent of ODs in practice were women.

Discuss: Is the Contact Lens Market Ripe for Competitive Disruption?