The percentage of women entering traditional four-year programs at North American schools and colleges of optometry for the fall of 2021 is 70 percent, just slightly lower than the 2021 starting class where 71 percent of incoming students identified as female**. This was also the fourth year in the past seven years where the percentage has been equal to or higher than 70 percent. 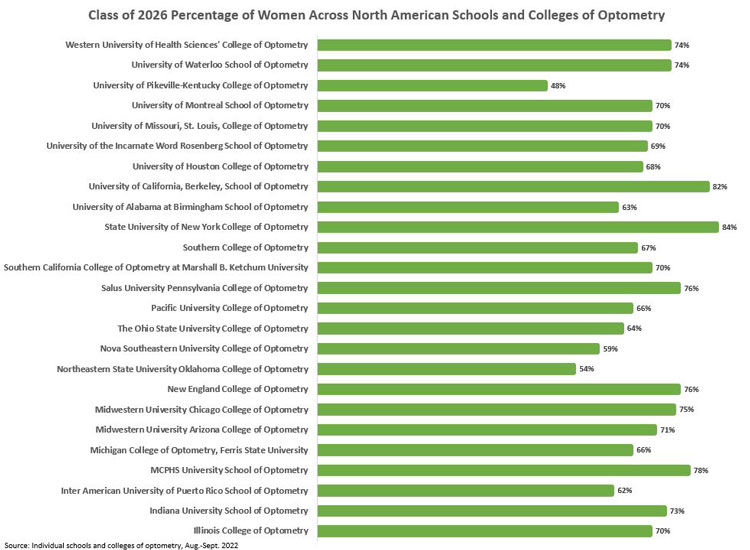 Only one college—University of Pikeville-Kentucky College of Optometry—had fewer than 50 percent females in its entering class of first-year students this fall.

See below for a full breakdown of the women in this incoming class, which will be the class of 2026.

**Women In Optometry is reporting the numbers of students who identified themselves as women. Some students chose not to specify a male/female gender, and while they are reflected in the total, they are not counted in the “women” column.

Click here for a look at last year’s breakdown and report.

Click here to view first-year female enrollment numbers in the past 15 years.