04.20.20: Latest Wave of Survey Results Show Most Planning for Reopening, but Not All

Nearly 92 percent of eye care professionals (ECPs) said that they do plan to reopen according to the results of the sixth wave of the Jobson Optical Research survey on the coronavirus impact on eye care businesses and ECP attitudes. However, 6 percent of respondents said that they are not sure if they can reopen and just more than 2 percent said that they will likely need to close their practices permanently. This latest survey covered responses submitted during April 16-19, 2020.

The percentage of respondents who are working on a written plan for when their practice reopens increased to 43 percent up from 31 percent in the wave 5 survey results.

Fifty-six percent of respondents saying that they are starting to reschedule patient appointments for May and another 30 percent saying they are doing so for June.

Respondents recognized the need to communicate their reopening with patients, and they share their plans here. 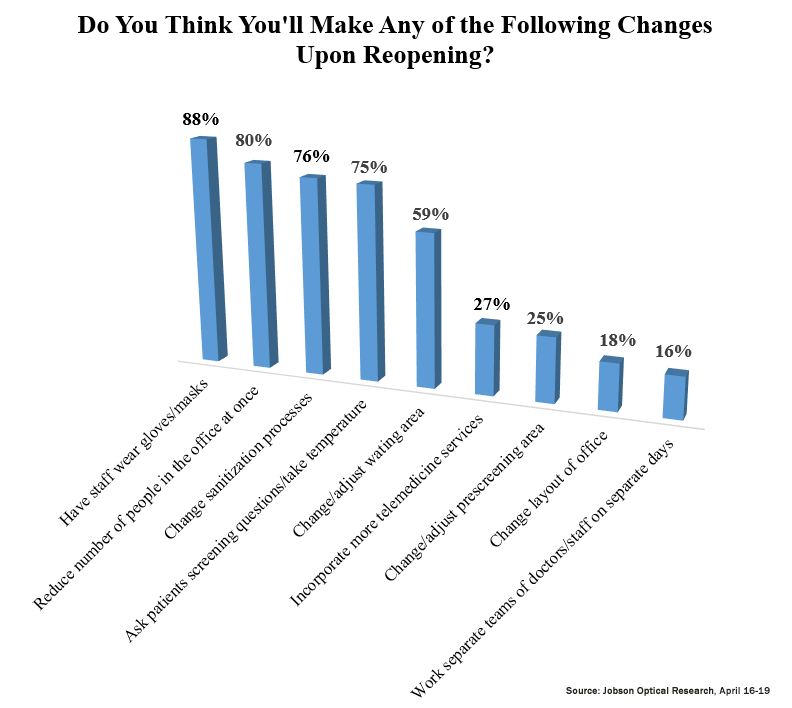 IMPACT ON THE BUSINESS

Interest in telehealth continues to creep upward with 28 percent of respondents saying that they plan to offer telehealth options in the near future, and 29 percent saying that they have already begun to do so. The vast majority of those offering telehealth services are providing video/image consultation (82 percent), phone-based consultations (80 percent) and using mobile apps (24 percent). Sixty-five percent of those who are offering telehealth services have billed for them in the past two weeks.

In another sign that there is uncertainty about the recovery from the impact of the coronavirus, respondents noted that it may be some time before they are comfortable traveling to industry events. 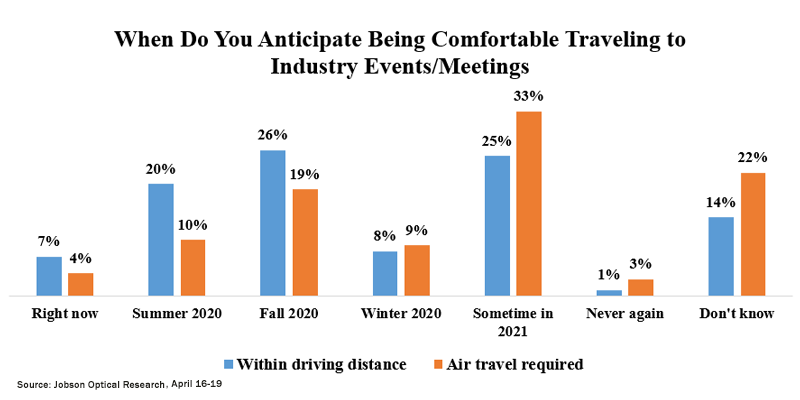